Poor Paul Krugman, he is a nerd supreme, but his debate tactics need some serious work. He was unprepared for Scarborough’s epic slipperiness.”

And in other news, the liberal bubble burst at Oberlin this week when someone, possibly (but maybe not), was seen dressed in KKK robes on campus.

Today on #TWiBRadio, I also concede an extended cold war with the chatroom and the GOP’s big budget idea? Defund ACORN. Yes, the same ACORN that went under … three years ago.

And this morning on #amTWiB, L. Joy explains high heels to Aaron, the NYPD is stalking teenagers, and the big banks foreclosed on everybody, even current military service-people.

END_OF_DOCUMENT_TOKEN_TO_BE_REPLACED 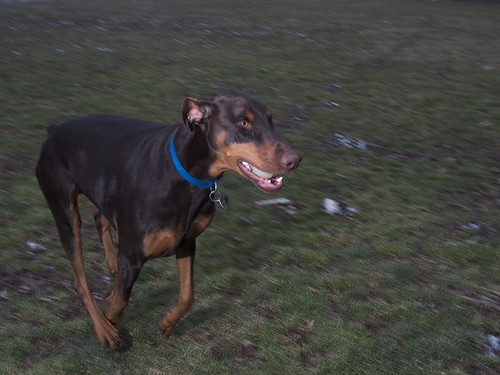 END_OF_DOCUMENT_TOKEN_TO_BE_REPLACED

Atrios once wrote that he hoped the government would cease production of the penny so that pundits wouldn’t be able to write opinion pieces about how the government should cease production of the penny. In a way, I’m glad that Hugo Chavez is dead so that Jackson Diehl and other neoconservative pundits won’t be able to write any more opinion pieces about how Chavez is worse than Hitler.

Yeah, I know we’re in for a week of “Hugo Chavez WAS worse than Hitler” but then it will all be over and they’ll have to find a new Hitler, or maybe just go back to talking about Castro all the time.

END_OF_DOCUMENT_TOKEN_TO_BE_REPLACED

And, it is suspected, a bunch of xenophobic Iowa 2016 primary voters to court. Per Benjy Sarlin at TPM:

After years of building a reputation as the “good” Republican on immigration, Jeb Bush shocked the reform community on Monday by ruling out a path to citizenship for undocumented immigrants, a position solidly to the right of prominent GOPers like Sen. Marco Rubio (R-FL).

The news stunned immigration activists and aides working on a bill and who have long insisted that anything short of citizenship is a dealbreaker for reform — especially given that Bush was decisively in the pro-citizenship camp just months ago. It also was a head scratcher for political observers, giving Bush an unexpected opening in 2016 to attack not only Rubio, but several possible presidential candidates, as overly liberal on immigration reform…

Other reform activists expressed their puzzlement at Bush’s 180-degree turn, which also put him to the right of his brother, former President George W. Bush, who backed a path to citizenship as part of his failed 2006-2007 effort to pass a bipartisan reform bill. Cristina Jimenez, managing director of United We Dream, pointed out the reversal even put Jeb Bush to the right of Sean Hannity, one of several prominent conservatives who have come out for citizenship since the 2012 election….

But isn’t Jeb Bush married to a Mexican? ask the innocents. Yeah, well, Columba Garnica Gallo earned her American citizenship the traditional way — by soliciting the protection of a white American man with a powerful family. IOKIYAR!

It’s too godsdamned soon to put up an Election 2016 category, but I guess the Repubs would rather talk about anything other than the way they’ve eviscerated their precious “brand”.

END_OF_DOCUMENT_TOKEN_TO_BE_REPLACED

The sanctity of marriage takes another hit:

Seven Republicans in the Iowa House are pushing a bill to prohibit parents of minor children from getting a “no fault” divorce and the proposal could be debated in a House committee this week.

A three-member subcommittee debated the bill today. Representative Tedd Gassman, a Republican from Scarville, said he’s concerned about the negative impact divorce has on children.

“In my opinion, it’s time to look out for the children instead of constantly worrying about the adults,” Gassman said.

Daren Clark of Forest City — one of Gassman’s constituents — spoke about his recent divorce and the ongoing conflict with his ex-wife over custody of their two young children.

“The no-fault divorce law which was introduced in California in 1969 created the attitude of ‘do what’s best for me’ which has damaged thousands of families and their children. There needs to be reform of some kind in the no-fault divorce law. I’m going what I’ve told my kids to do: talk to those who can help,” Clark said, his voice breaking with emotion as he spoke to legislators and pleaded: “Ease the pain for thousands of kids and their families.”

These guys can’t stay out of your bedroom anymore than they can not resist the urge to get all het up about how women handle their lady parts.

END_OF_DOCUMENT_TOKEN_TO_BE_REPLACED

Can you think of at least one group who are not surprised even a little by this news? I can.

Look, politicians do not have some psychic link to a Kantian transcendental ideal representation of reality. They know what people think because either (a) they read about it or hear it on the TV, or (b) constituents pick up the phone and yell about it. This your average politician mainlines a mix of (a) newspapers, web blather and FOX or networks trying to be FOX, and (b) enraged idiots tying up phone lines over whatever vision Glenn Beck saw on his taco shell. Yeats was right. The worst are full of passionate intensity and they use the phone. A lot. You guys may not lack all conviction* but you harass your Reps a lot less.

So. Yeah. Do you need me to say it? Of course not.

(*) Don’t feel bad. A moron thinks that everything that matters can fit on Arthur Laffer’s tea napkin. Knowing things makes real conviction hard, and the more you know the less simple it gets. My whole career has centered around taking hard-and-fast rules and saying yeah-but.