You are here: Home / Archives for Tim F

Tim was the first person invited by John Cole to join him as a writer at Balloon Juice. That was way back in 2005!

President Donald Trump is considering introducing legislation to provide a pathway to legal status, but not immediately to citizenship, for illegal immigrants in the United States, CNN reported on Tuesday, citing a senior White House official.

Either a senior White House official is about to get fired, or else I will have to revise my odds (currently near zero) that a Republican Congress would ever impeach Trump. Immigration always blows up the GOP. It completely detonated the primary when Trump ran deep into reckless hawk territory, and the long term consequences for the GOP and for American business could well be catastrophic. Running all the way across the grid into amnesty territory is lunatic behavior. Republicans cannot possibly pass an immigration bill, full stop. The base goes absolutely feral at the idea of amnesty. Remember, the GOP coalition is basically a pact to subdue minorities and women in exchange for tax cuts. But the Chamber o’ Commerce crowd gets just as agitated when ICE doorkickers start rounding up their best labor. Tyson does not want to charge twice as much for packaged chicken thighs any more than you want to pay it.

Dubya and Marco Rubio both spent a lot of capital on compromise bills with amnesty provisions. The base ate them both alive. If Trump does try this clever tack to the immigration center, I have little doubt it will cost him massively with the base, embolden many Republicans to start standing up to him, and benefit himself and the GOP not one iota.

END_OF_DOCUMENT_TOKEN_TO_BE_REPLACED END_OF_DOCUMENT_TOKEN_TO_BE_REPLACED

Remember that wave of relief when you saw the credentials of the guy Trump picked to take over Flynn’s job? Looks like he felt a different kind of wave.

A friend of Harward's says he was reluctant to take NSA job bc the WH seems so chaotic; says Harward called the offer a "shit sandwich."

The lucky winner of this job will get to split his time between a demented, sadistic three year old and an intelligence community who hates the guy even more than I do. Whee.

BTW I think the intelligence community basically decided to do to Trump exactly what Russia did to Hillary. If you leak the incriminating evidence all at once the story will flare up and burns out. It’s survivable. If you leak the details out in a thousand small releases spaced out over weeks to months, the story never ends. Each day’s release gives Trump a chance to deny something without knowing whether the next day’s release will prove him a liar. If I am right then the folks coordinating the internal resistance have already gamed out where this is all going.

Now we go nuclear. IC war going to new levels. Just got an EM fm senior IC friend, it began: "He will die in jail."https://t.co/e6FxCclVqT

Look at this a different way. Where is the internal pushback? Imagine the alternative scenario I have heard right wingers toss around, a small faction of intelligence operatives went rogue to undermine the President. That would rightly horrify their levelheaded colleagues. I mean, the stereotypical CIA employee is a conservative, white, ex-military security expert. In other words, a Republican. Langley is full of folks who should be on the phone with the Wall Street Journal in under a millisecond pushing back on this craziness. Not only are many of these guys sentimentally aligned with Trump (in theory), they stand to be rewarded lavishly for exposing a treasonous plot. The fact that nobody has, yet, suggests that the feeling about Trump is pretty damn widespread.

I can’t wait to find out what kind of person would willingly take that job. I hear John Bolton is free.

BTW Alex Acosta, Trump’s labor pick, is basically GENERIC REPUBLICAN FIXER in human form. He helped gut the DoJ’s Civil Rights Division under Bush and then organized GOP voter caging in Ohio in 2004. I think we can safely expect him to keep his head down, make as few waves as possible, and quietly string dynamite around the foundation of unions in America.

END_OF_DOCUMENT_TOKEN_TO_BE_REPLACED

Various sources report that Trump’s pick for Secretary of Labor doesn’t have enough votes and will withdraw. You know what that means? It means he will pick someone worse, and then you’ll all feel REALLY dumb. Like for example…actually I can’t think of anyone worse. Carl’s Jr is pretty much the bottom of the barrel as far as labor practices go. Maybe one of the schlebby mammonites in charge of Wal-Mart wants the job. I don’t see why any of Sam Walton’s professional heirs would bother.

Replacing Putzder will be a fun test. You have to find someone rich and hateful enough to satisfy Trump. If that person survives nomination hell, the reward will be a prime chance to get blamed by Trump for some stupid thing Trump did, purged by Bannon and his right wing media for some petty heterodoxy, hauled in front of a Congressional committee or questioned by a grand jury. I find it hard to believe that anyone still thinks the Trump show ends well. Who would voluntarily join that?

END_OF_DOCUMENT_TOKEN_TO_BE_REPLACED

I doubt there is anything especially unique about Richard Burr. GOP leaders would prefer you did not know this, but Republicans are feeling deeply queasy about Trump right now. His manic behavior is increasingly putting them between an impossible rock and a hard place. If we cannot help having a compromised lunatic at the helm then AT THE VERY LEAST we should insist on cabinet-level officials who can find their own department with a map.

Has your Republican Senator heard from you lately? Check in and encourage him or her to stand up for some basic minimum qualifications in cabinet nominees. Yes I know that evil plus competency gives you Dick Cheney. Maybe that does not seem like much of an upgrade, but Trump goes insane when people tell him no. The Republican party could collapse into bloody infighting. Why not help that along? Also let em know that if they mess with Medicare you will personally drive your grandmother to their local ffice and leave her there until she runs out of things to yell.

You know what else is fun? Getting together with twenty five thousand of your best friends and having a dance party. I found out later that Pittsburgh actually had TWO marches; apparently organizers got in a social media fight with each other and the two camps each held their own march. Did any readers attend the one in East Liberty?

Here is the part where I climbed a lamp pole to get a good crowd shot and almost fell off at the end.

END_OF_DOCUMENT_TOKEN_TO_BE_REPLACED

Some catchy music to end the weekend.

END_OF_DOCUMENT_TOKEN_TO_BE_REPLACED

A couple landscape shots for Saturday. 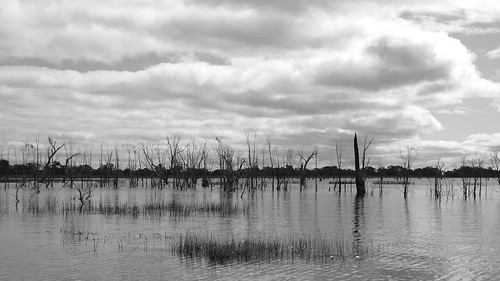 If you want to participate, email me a link to a couple of your favorite pics on a photo site like Flickr (do not send the image itself please) and I will put them up in open threads. Send a short caption if you want and let me know how you want to be identified. If your computer cannot read our email links at top right, my email is (remove the zeroes): portus0jackson0ii at yahoo dot com. There was a good discussion about sharing photos anonymously in another photo thread.