You are here: Home / Archives for DougJ

DougJ has been a Balloon Juice writer since 2009.

Austen Fletcher, a former Ivy League football player turned right-wing internet journalist, said in videos posted to Twitter that he had discovered registration documents on a State of Michigan website that showed that four people with reported birth dates from 1900 to 1902 had submitted absentee ballots ahead of Tuesday’s election. “How long has this been going on?” he asked.

In one case, a 74-year-old woman in Hamlin Township, Mich., had asked for an absentee ballot for the first time in years, setting off a notice from the state’s digital voter rolls that her birth date was not on file, according to Catherine Lewis, the town’s clerk. The system had assigned the woman the default birth date: 01/01/01, or Jan. 1, 1901.

Then, on Thursday morning, after a marathon week for Ms. Lewis running the town’s vote, her phone began ringing. “I have had 18 calls and at least 20 strange emails asking me if I committed voter fraud,” she said. She was staying home with her family. “I need to be concerned about my family’s welfare,” she said.

Fuck all these clowns claiming voter fraud. They will all rot in hell. So we’ve got that going for us.

Let’s fight for Georgia. There are lots of things you can do.

Opportunities to Help with Georgia!
.

Jon Ossoff, Georgia Senate Runoff!  (starting at 311,771, hoping DougJ can do a new BJ thermometer for the recount)
YES this includes the 2018 race.

Raphael Warnock, Georgia Senate Runoff!  (starting at 27,997, hoping DougJ can do a new BJ thermometer for the recount)

END_OF_DOCUMENT_TOKEN_TO_BE_REPLACED

The Trump game plan is to gum things up with bogus lawsuits to give some state legislatures the cover to overturn the election results. One of the law firms he is working with is Jones Day, one of the largest firms in the world, which has clients like Verizon and GM. The Lincoln Project and others are suggesting that these clients be pressured to drop Jones Day unless the firm stops working with Trump. Any ideas on how to pressure them? I do have a Verizon phone plan.

Also too, let’s raise some money for Stacey Abrams’ ballot access group and for the two special elections in Georgia.

END_OF_DOCUMENT_TOKEN_TO_BE_REPLACED

Thanks a lot to everyone who gave. We raised 1.3 million this cycle.

It’s fair to say that the down ballot races didn’t go as well as hoped, despite tons of money pouring in. I’m going to think about what are the best causes to raise money for as we go forward (I’m also going to raise money for Warnock and Ossoff, yes). Here is one that really delivered: Stacey Abrams’ group Fair Fight. By my count, there were 49 states where things didn’t go as well as I’d hoped last week and ONE STATE where things went much better. That one state is Georgia. This group’s work in registering 800K new people and getting automatic registration passed almost certainly played a big role in Biden winning Georgia.

I hope there is a lot of thinking being done by lots of Democratic donors right now and that they are considering making Fair Fight, and other groups like it, a top priority.

END_OF_DOCUMENT_TOKEN_TO_BE_REPLACED

Our system is fucked up, yes.

Doing anything other than counting all legally cast ballots is not "a point" to be made. It would help our public discourse greatly if this crap is not recirculated. I'm only pushing back here because it was on a damn national news broadcast and is framed so poorly in this tweet https://t.co/jS1Lp60MZ0

There’s going to be all kinds of shenanigans. I don’t think they’ll be enough to keep Biden from a pretty decisive victory. But, yes, is stresses me out a bit.

If you’d like to do any last minute stress giving, the two Georgia Senate races are a good place to give, because they are likely to go to run-offs.

Ballot access is *always* a good place to give and this is one is among our readers’ favorites. You can see everyone we are supporting here.

END_OF_DOCUMENT_TOKEN_TO_BE_REPLACED

I”m getting a bit nervous. This Jon Ossoff smackdown of David Purdue is my happy place

We’ve already raised an insane amount of money for Ossoff, but a little more couldn’t hurt. This is probably headed for a run-of: this could be the extra push over the cliff that gives Ossoff the majority and ends it or it could be a little more in the kitty for the run-off.

This is a great place to give as well:

As always, you can see all of our candidates here.

END_OF_DOCUMENT_TOKEN_TO_BE_REPLACED

A lot of you have asked for GOTV groups to give to. Here’s one that Maze Dancer has talked a lot about, Four Directions, that is dedicated to getting Native Americans to the polls. That could be crucial in Arizona. We raised some money for them last time.

And here’s a Senate race I really like: the special election in Georgia. It will probably go to a run-off but maybe not: the polls are looking really good these days for Raphael Warnock. Collins and Loeffler are beatable clowns.

END_OF_DOCUMENT_TOKEN_TO_BE_REPLACED

It looks like the election will likely come down to a handful of states: PA, GA, AZ, NC, and FL. (Not a bad chance that Biden wins TX and OH too to make it a total rout but if he wins those he probably already won the first five I mentioned anyway.) If Biden wins even one of those states, he wins. If he loses all five, he loses. Let’s raise some money for state and country parties in PA, AZ, and NC. PA and NC are good flipping opportunities too. 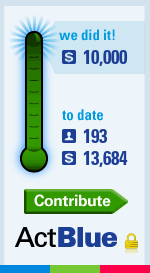 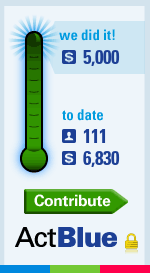 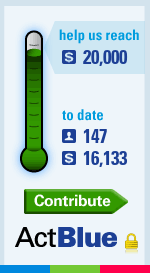 You can see everyone we are raising money for here.