At the American Society of Health Economist conference (ASHEcon), Yev Feynman of Boston University has jointly presented some work by myself, Paul Shafer and Yev on the impact on gross and benchmark premiums when Medicaid Managed Care (MMC)companies enter ACA markets.

Why should we care?

MMC are one of the big sectors in the ACA individual market.  We have very good reason to suspect that MMCs are fundamentally different than big commercial insurers like Aetna or Cigna in how they structure their business model and their products and who they have core competency at covering.  We have observed that MMCs have lower quality ratings on a few measures and that their premiums tend to be low.  Some of this may be narrow networks and aggressive utilization and some may be risk skimming on premium.  We are also seeing a massive increase in the number of insurers offering products on the marketplace, so an understanding of what is going on and what to expect by type of insurer may be valuable. 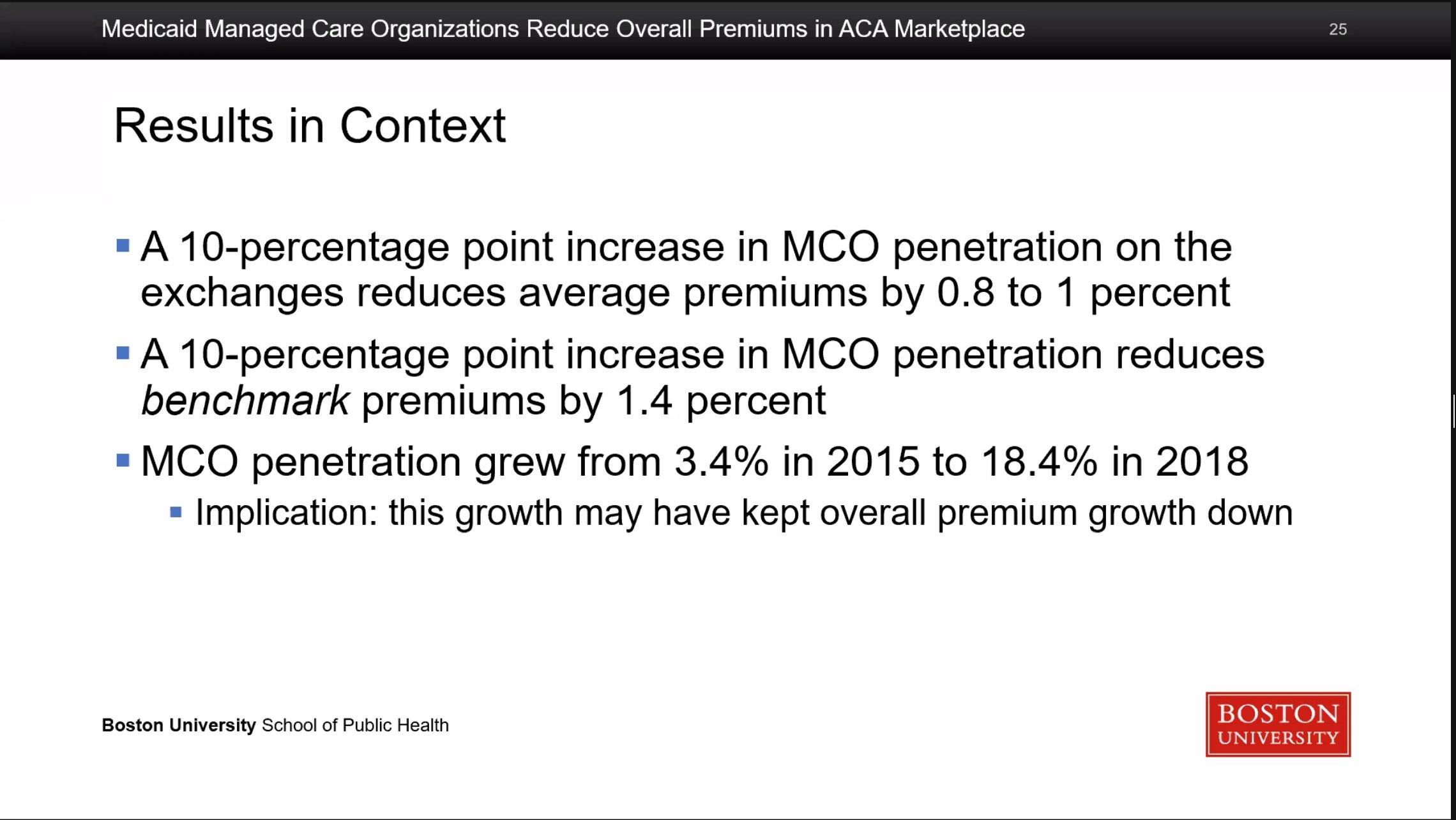 In our instrumental variable approach we find an obvious thing!

This is not surprising.  MMCOs are likely low cost carriers, so this should be  downward pressure on premiums.

Insurers have a strong incentive to offer either the cheapest or second cheapest silver plan.  Those two plans get most of the Cost-Sharing Reduction (CSR) eligible enrollment, and the CSR-eligible population is most of the enrollment pool.  Plan characteristics such as bigger networks, or better brand unobservables matter a little bit and people are willing to pay for them a little bit, but most of the competition is for people who are buying almost entirely on price.

So on the premium story, the introduction of Medicaid Managed Care into a market means unsubsidized buyers are seeing cheaper plans, the federal government spends a bit less in subsidies on both a direct and likely an indirect path, and subsidized buyers pay a bit more unless they buy the benchmark plan and then they pay the same.