You are here: Home / Open Threads / Help With Georgia, and Listen to Stacey Abrams

Here’s my challenge:  Listen to the interview with Stacey Abrams and then come to the Georgia thread I’ll put up on Monday, and then let’s talk about what she said.  Is anyone game for that?

In the meantime, opportunities to help Georgia are rolling in so fast I can’t get them all organized and in one place. Jon Ossoff, Georgia Senate Runoff!  (starting at 311,771, hoping DougJ can do a new BJ thermometer for the recount) and YES, this includes the 2018 race.

Raphael Warnock, Georgia Senate Runoff!  (starting at 27,997, hoping DougJ can do a new BJ thermometer for the runoff) 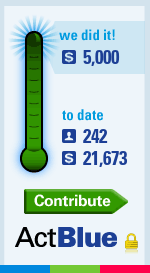 Make a Difference in the Georgia Runoff Elections

Stacey Abrams and Fair Fight are distributing some of their donations to organizations on the ground that need help.  So donating to Fair Fight is a great choice if you really want to make a difference.

Stacey Abrams thanked these organizations for the win on Nov 3.

*You can learn about these organizations below.

The New Georgia Project is a nonpartisan effort to register and civically engage Georgians.  It was founded by Stacey Abrams in 2010.

Our goal is to increase power in our communities.  Effective voting allows a community to determine its own destiny.

Donate and text bank for Georgia with Black Voters Matter.

Learn more about the Georgia Democrats.

GALEO’s mission is to increase civic engagement and leadership of the Latino/Hispanic community across Georgia.

How to help in Georgia (from Sam Wang)

Mobilize Events for the Georgia Runoff

Please let me know if you guys come across any great resources.