Brad Parscale has stepped down from his role as a senior adviser to President Trump's campaign, two sources close to the campaign say https://t.co/TTVDfEoVRw


It’s all fun & profit till somebody starts the audit…

… Once lauded by the President and his allies as a digital guru who helped secure Trump’s first election effort, Parscale worked for the Trump family years before Trump launched a presidential bid and he ascended to a role leading the campaign’s data analytics team in June 2016.

He parlayed that goodwill into his role running the entire campaign.

Parscale officially took the job in February 2018, but — as the election grew closer and the demands of the campaign took hold, along with the curveball of the Covid-19 pandemic — there were increasing concerns that his lack of political experience was starting to show.

“It was only a matter of time” before Parscale was moved out of his role as campaign manager, a senior adviser to the campaign previously told CNN. “His inexperience hindered the campaign.”…

Such ingratitude, towards a loyal servant!

May Mr. Parscale get the help he obviously needs… and may he unburden himself in the process…

… Inside Trumpworld there’s a view that the past week is an inflection point in the campaign. It started on Sunday night with the bombshell New York Times report that Trump paid just $750 in federal income taxes in 2016 and 2017. “For Trump the Times story was worse than losing reelection,” said the second Republican. “If you had told Donald back in 2015 that his tax returns would be exposed and he’d have all these investigations, I guarantee you he wouldn’t have run.”

As the Times story lit up cable news and Twitter, news broke that Trump’s former campaign manager Brad Parscale had been taken into custody outside his Ft. Lauderdale home and hospitalized after threatening to commit suicide and allegedly beating his wife days prior. Police body camera footage showing an officer brutally tackling a shirtless, 6’8” Parscale to the pavement instantly became a visual metaphor for the chaos engulfing the Trump campaign. One campaign adviser I spoke with was shocked by the amount of force the police used to subdue and cuff Parscale. “If Brad had been Black, there would be riots all over the country,” the source said. (In fact, police have killed unarmed Black men in far less hostile situations.)

Parscale’s public meltdown happened while he is reportedly* under investigation for stealing from the Trump campaign and the RNC. According to the source close to the campaign, the Trump family is worried that Parscale could turn on them and cooperate with law enforcement about possible campaign finance violations. “The family is worried Brad will start talking,” the source said.

In response the Trump campaign’s communications director, Tim Murtaugh, said: “It’s utterly false. There is no investigation, no audit, and there never was.”

* The infamous Daily Mail, for what it’s worth. If you don’t wanna soil your search history:

– Brad Parscale is under investigation for ‘stealing’ between $25-$40 million from Trump’s 2020 presidential campaign, well-placed sources told DailyMail.com
– The 44-year-old is also being investigated for ‘pocketing’ another $10 million from the Republican National Committee, the insiders added…
– A Trump insider explained to DailyMail.com Parscale went into a tailspin after he was demoted in July and replaced by his former number two, Bill Stepien
– Trump later ordered an audit of the spending of the RNC…

Previous Post: « FOR THE LOVE OF EVERYTHING HOLY, HOW ARE THESE PEOPLE NOT IN JAIL?
Next Post: Sometimes your words just hypnotize me » 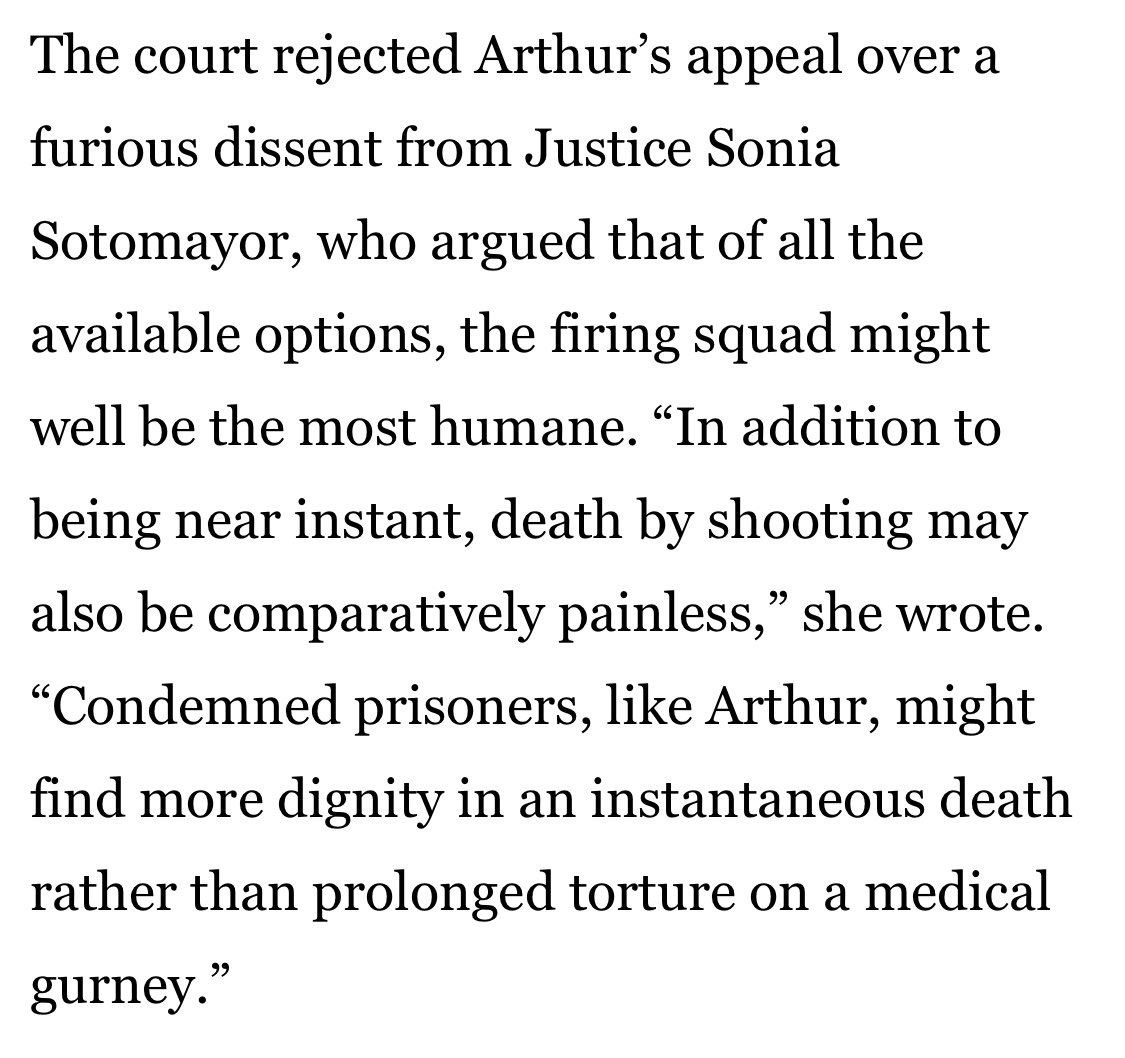 Lots of liberals are condemning this today, but evidence shows that in a world where the death penalty exists (which is a bad world imo), firing squad is one of the most “humane” forms of execution.

Name this movie, wrong answers only.

do not ever fucking forget that nurses died after working in COVID ICUs wearing trash bags over their clothes while cops dressed like video game characters beat the shit out of people who dared to ask that they not be murdered in their beds.
https://www.instyle.com/news/major-cities-spend-millions-more-on-riot-gear-for-police-than-on-ppe-for-frontline-workers

Maybe we shouldn’t play contact sports in a plague

RT @BleacherReport: Every Broncos QB on the roster is ineligible to play this Sunday vs. the Saints after being deemed high-risk, close contact, per @AdamSchefter https://t.co/Ziwm0S1NAO

i do appreciate the trump campaign’s strategy of codifying, in multiple courts across the nation, how fair and...

Hawley or Cotton will be next.

People complain about the media using Hillbilly Elegy to represent Trump voters, but as an extremely rich hedge fund asshole who hates poor people and doesn't want the government to help the uninsured JD Vance is a very typical Trump supporter! CHECKMATE LIBS

The slowed down heavy reverb version of Desperado sounds so good that the normal version sounds funny.