One of my favorite Senate races is the one in Iowa. It’s not a toss-up state by any means in the presidential race but the Democrat, Theresa Greenfield, has a slight lead in most recent polls. Why? My guess is that it’s partly because Greenfield is a good candidate and mostly because Joni Ernst is a complete dogshit as a candidate. This one’s really winnable I think. 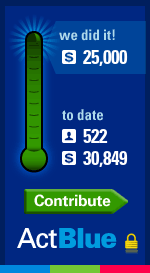