There’s a really cool opportunity in Texas right now. The Texas House plays an important role in redistricting and Dems have a real change to flip it. I’d like for us to donate to this effort, but I’m not sure what group is the right one to give to. Sam Wang is giving to the Dallas County Democratic Party and Tarrant County Democratic Party and I may just do that. If there’s something better to give to, let me know.

More generally, this is a little morbid I realize, but COVID is a total nightmare in the Sun Belt and likely to get worse, so I’m thinking of hitting races in states where it’s a total shit show harder as opportunities could pop up. I’ll have more about this later. We’ll definitely give to Jaime Harrison in South Carolina – he’s already raising tons though and I want to read more about it before deciding how much of a priority to make it.

In the meantime, I’m raising more for Steve Bullock in Montana. Right now, AZ and CO are very likely Dem pick-ups with Maine and Montana toss-ups. It really could come down to this race and it’s great bang for your buck. Lots of enthusiasm the first time I threw these out there. 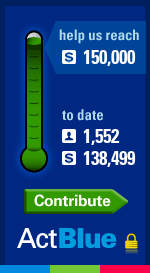