‘Rona don’t care if your boss thinks masks are unmanly: This is my shocked face: I really hope some enterprising epidemiological lab has set up a test and trace study on the Trump plague rat experiment now underway in Tulsa.

As for the afflicted staffers? I’d like to be a better person than I am, but I’m not. I have no sympathy for the six (so far) who have fallen ill in the service of their pandemically murderous boss.  What did they expect?

I do regret that everyone they’ve come into contact with (beyond the campaign) may have been infected, and that should any of them require treatment, they’ll be putting at risk much braver folks than they or their coward chief have ever been.

But them? The karma. It is instant. 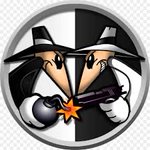 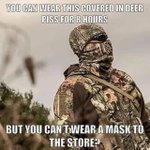