You are here: Home / Foreign Affairs / In Case You Missed It: Fakeranium-1 Investigation Now *Officially* A Dead Parrot

But… but… I was told there was a whole Uranium One thing.

To the surprise of no one, not even the GOP partisans who pushed for the investigation in the first place.

If Bill Barr were capable of shame, he’d be ashamed of himself.

Justice Dept. winds down Clinton-related inquiry once championed by Trump. It found nothing of consequence. https://t.co/jNXhQJMN2A

"Nothing." This appropriate result still doesn't erase the unforgivable sin that AG Sessions committed by opening a criminal investigation to please the president. DOJ is not a tool for presidents to use against people they think are their enemies. https://t.co/XZq9LGXS0M

.@HillaryClinton must be the most scrutinized person in American. Yet I still hear people saying they don’t like because of “you know, all that stuff she’s done.” No, I don’t. Quit it.

Is there an over under yet on how long it takes for Trump to demand that Barr retract this finding?

Bill Barr suggesting, prior to his confirmation, that there was more reason to investigate Uranium One than Russia was the first sign of the extent to which his brain had become addled by Fox News conspiracy theories. https://t.co/DFvonNhHE3

Speaking of people who should be ashamed of themselves, Mr. Baquet…

Hoping for front page NYT coverage of this. https://t.co/zu1PeY57v2

Thus ends a vicious attack on the American nonprofit sector by white nationalists, Putin, and his proxy in the White House. Shame – deep, lasting, indelible shame – on "legitimate" media that went along with attempted take-down of the Clinton Foundation. https://t.co/fySQzGeQom 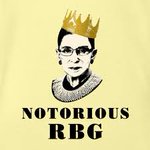 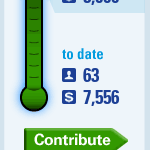 Joe Biden's version of the Access Hollywood tape. How will he ever recover https://t.co/hlfryAMRGx — Seth Mandel (@SethAMandel) September 18, 2020 C...