I keep looking at this piece of shit thinking only part of the photo is downloaded https://t.co/g4ugbKrQLM

RIP my menchies, as the kids say, but this was too good *not* to share. Bryan Feldman, at NYMag, “We May Not Want the Cybertruck, But We Deserve It”:

… The Cybertruck is a truck that Elon Musk unveiled last night. It is a Humvee-ish vehicle that looks like it was made for a direct-to-video Starship Troopers ripoff called Spaceship Soldiers. It looks like a secret car you unlock if you get a high score on every Cruisin’ USA track. It looks like one of those first-pass shots on a visual-effects highlights reel from 1992. It looks like it has a physics system completely separate from every other object on this earth and if you hit a curb at the wrong angle, the truck will glitch out and clip through an entire city block, causing untold devastation. It is the Cybertruck.

Now, I know what you’re thinking. You’re thinking “Ah, a Cybertruck. A truck that is computer-y.” Wrong! Cybertruck should be said in the exact same way that one might pronounce the word “cyberpunk,” a sci-fi genre all about how technology will completely ruin us once we start jamming chips into our brains. Just look at the Cybertruck logo. It’s not some coder font — it’s graffiti. It’s the Official Truck of App-Catalyzed Urban Decay. This a Blade Runner-ass truck for the end times. It is not a utopian, idealistic creation — and in that sense, it is refreshing. Elon Musk is not selling us the world we want; he is selling the world we have (starting at MSRP $39,900). The Cybertruck is, in a sense, practical. Everything about this truck screams, “This is the car you will drive through overgrown suburbs full of decaying houses, searching for potable water. This is the car the next three generations of your family will be born in the trunk of. When the feral wolves attack, this truck will protect you.”

But the truck will not protect you. In its unveiling last night, Musk tried to show off the vehicle’s “bulletproof” windows. He asked an employee to throw a rock at the window. The window fractured. They tried it again on a second window. That window also fractured. It was a pure, perfect distillation of what Elon Musk’s whole, like, deal is. He has spent years pouring his billions into projects that make science fiction into science fact, in order to sell people and governments expensive stuff that maybe half-functions. A demonstration of the dent-proof doors went off more successfully.

Many of Musk’s products are self-indulgent, but this might be the most self-indulgent. Like, you know how there are people who design their living rooms to look like the bridge of the Enterprise, or have rooms dedicated to baseball paraphernalia? The Cybertruck can then be read as Musk’s attempt to shape not just his own life, but the lives of others, to mimic the media of his youth. The whole thing resembles a low-poly model — a 3-D asset made of a limited number of polygons based on the limited computing power of older devices. Musk doesn’t just want a Cybertruck for himself, he wants to see thousands of Cybertrucks roaming the streets, sticking out like sore thumbs, parts of the world that quite literally haven’t fully rendered to the level of everything else around them. The notion might not be as far-fetched as it seems. Silicon Valley is full of newly minted millionaires with more money than they know what to do with. The Cybertruck looks very stupid, but so do AirPods…

They're taking reservation money for it, so it's both, apparently.

The Cybertruck is literally just the parody in-game billboard for the civilian Warthog from Halo 2.

An H3 Hummer for VCs who spent their adolescence shouting racial slurs on Blood Gulch. pic.twitter.com/7k13jkeVmh

Tbh, that’s already more testing than Tesla usually does for a product

This car looks like something a time travelling Wesley Snipes would blow up upon discovery it doesn't have a cigarette lighter. pic.twitter.com/Q5nA86eQW2

cars in the 1950s were like this. they added crumple zones when it was discovered that a very stiff body turns the occupants into hamburger in a collision https://t.co/oeM3pX7Ix4

It's pretty amazing the Elon Musk looked at the depictions of mega corporations in Cyberpunk and decided "yes, I can do this unironically"

When people get all shiny-eyed about humans living off world, I'm just going to point them to the goddamn cybertruck, "the official truck of Mars." Space is already being branded. It's only going to get worse.

If you want to know why Tesla just showed off an unpainted vehicle, it's because their Fremont factory paint shop has 19 unresolved Clean Air Act violations. Look it up.

I am not expressing an opinion on whether unpainted stainless steel is a good or bad choice or even arguing that rampantly violating the Clean Air Act makes Tesla "bad," I am simply connecting two indisputable facts.

You spelt greed wrong there, chief

Greetings, Starfighter. You have been recruited by the Star League to defend the frontier against Xur and the Ko-Dan armada. pic.twitter.com/0ylOYtjHcC

I assumed they were just trying to kick start our progress into the inevitable Mad Max desert future.

Nah… they concluded that it would be nothing more than lipstick on a pig and decided to spend the money trying to convince everyone it isn’t a pig!

this reminds me of the steamroller scene in Austin Powers

A neo confederate just hit an anti-racist with his tractor in Pittsboro.

Me at 49: The Hulu app on my tv will not load guess I am not watching tv tonight.

Me at 22ish: I will spend the next 12 hours installing shit on my computer to get this grainy 20 second RealPlayer clip to work. 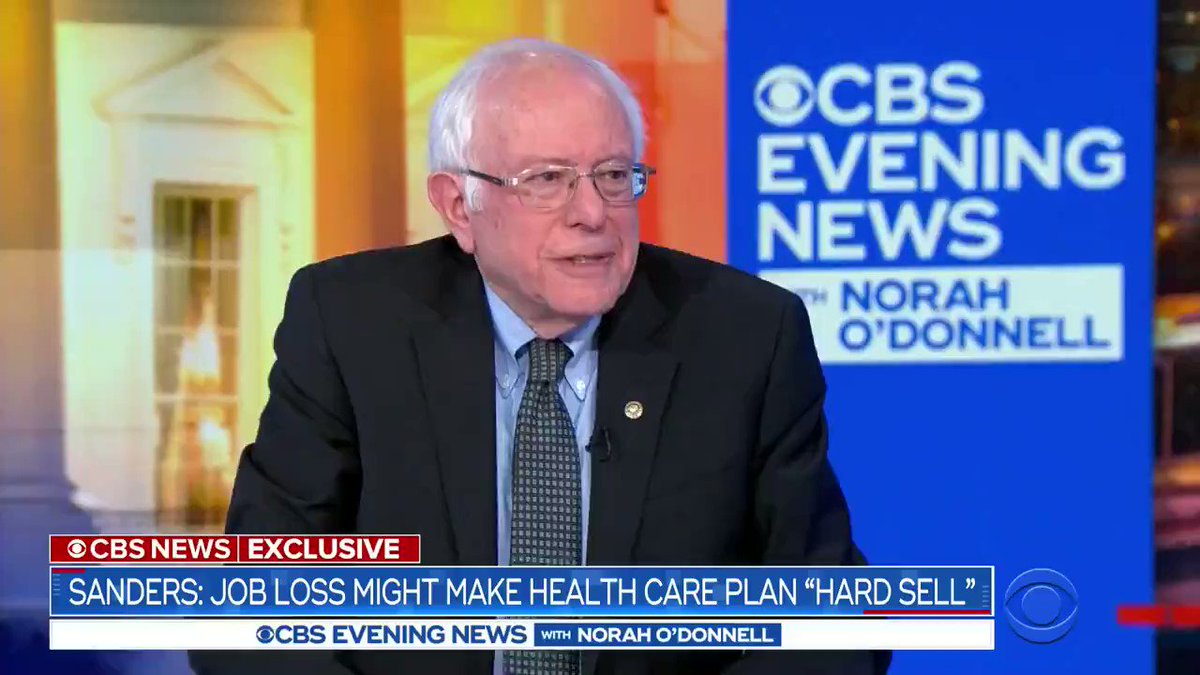 “You don't know how much your plan costs?"

@BernieSanders: "You don't know. Nobody knows. This is impossible to predict."

“You're going to propose a plan to the American people and you're not going to tell them how much it costs?"