David Clarke, Scott Walker and the Overstock-dot-com guy all Crocodile-Dundee-headwalking across caged asylum seekers, desperate to profess their love before she leaves. https://t.co/hVKEnMbrJw

… The Russian national, who pleaded guilty late last year to conspiring to act as a clandestine foreign agent, was released Friday into the custody of U.S. Immigration and Customs Enforcement.

Now she’s expected to be deported quickly back to Russia.

Her release closes a fraught chapter for Butina, who for months occupied a spotlight in the federal investigation into Russian interference in the 2016 election. Prosecutors accused Butina of scheming to forge a connection between Moscow and the Trump administration, as well as several heavy hitters in the conservative political community — including officials at the National Rifle Association and the National Prayer Breakfast…

She served a ridiculously long sentence essentially for not filing the right paperwork. But now she is free. Sadly, she was jailed to satiate the rampant Russophobia in the US these days. We are better than this.https://t.co/ZNkKfD9wnP 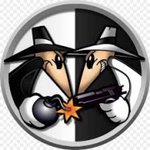 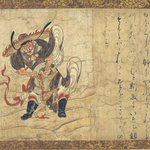