The Washington Post has obtained and published Ambassador Taylor’s opening statement to the House Permanent Select Committee on Intelligence. The link to it is here. And the pdf can be directly accessed from Balloon Juice below. 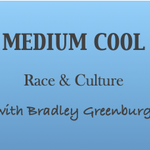