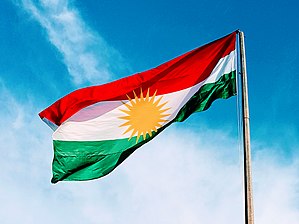 Earlier this afternoon, the Vice President, with the Secretary of State behind him, announced a ceasefire he had gotten Turkish Prime Minister Erdogan to agree to. The President then did an impromptu press gaggle on the tarmac of the Dallas-Ft. Worth Airport where he ran with this news. The President spun the Vice President’s announcement of what Turkey supposedly agreed to as great for the Kurds, the Turks, the US, and civilization itself.

There's no apparent basis for Trump's claim just now that "everybody" has been trying to get this Turkey deal for "10 years," unless he means Turkey's government. (He habitually claims that previous administrations couldn't have achieved deals they never tried to achieve.)

Trump now says it was "more than" 15 years people have tried to get this deal. This is some of the fastest lieflation in recent memory. https://t.co/04GFSKQYaR

Trump concludes of his deal with Turkey: "Civilization is very happy."

This comment about “having to have it cleaned out” is an excuse and rationalization for ethnic cleansing!

Referring to Kurds living along Turkish border in Syria, Trump says of Turkey, "they had to have it cleaned out." pic.twitter.com/W8J7IFctO3

TRUMP: "What Turkey is getting now is they are not going to have to kill millions of people." ? pic.twitter.com/JXKfam96hv

The Turks, however, have their own understanding of what was agreed to and it is not a cease fire.

#BREAKING 'Pause of Turkey's operation in Syria is not cease-fire, cease-fire can only happen between two legitimate sides': Turkish foreign minister

Cavusoglu added that a “safe zone” would need to be established at 32 kilometer (roughly 20 miles) depth from east of Euphrates to the Iraqi border. (Which is what Turkey wanted initially.)

The ceasefire that the Vice President announced at his press conference in Turkey is not one. Moreover, it doesn’t actually bind the proxy extremist groups that Turkey has turned loose in the area and who have been committing war crimes and crimes against humanity in their fight with the Kurds. I’m honestly not even sure this binds the Kurds. And, as a result, we can predict what will happen.

As the Kurds move through this now supposedly temporarily pacified battlespace, to both collect the dead, the wounded, those trapped behind their enemy’s lines and to make it to the new lines 20 miles from the Turkish border, they will come into contact with the Syrian extremist groups that the Turks are using as proxies and a force multiplier. Those Syrian extremists, not bound by the agreement, will initiate hostilities with the Syrian Kurds and Arabs that make up the Syrian Democratic Forces because part of this Turkish operation was to colonize the buffer area they have just been granted by the President via the Vice President and Secretary of State. And the Syrian extremists that Erdogan is using as a proxy force are not going to want to have to let the Syrian Kurds and Arabs trying to get clear of the new buffer area take their property and possessions with them. Those are spoils of war that belong to those extremists who are going to set up shop in the buffer zone with whomever else Erdogan relocates there.

That’s right, you’re not crazy, you’re not hallucinating Mike Pence and Mike Pompeo, on orders from the President, just ceded 20 miles of Syria to Turkey. Land that Syria’s Kurds have long claimed as a homeland where they deserve self determination and recognition as a nation-state. This was done unilaterally. Without consulting with the Syrians. Or the UN. Or Congress. Or seemingly anyone else. I’m sure Sean Hannity and Lou Dobbs got asked for their opinions though. The President definitely knows how to get a real estate deal done!

Once the Kurds and Arabs of the SDF come into contact with the Syrian extremists that Erdogan is using as a proxy force and force multiplier, those extremists will attack. And the Syrian Democratic Forces will defend themselves. And once they do that, the Turks will claim that the temporary cessation of hostilities was violated by the Kurds and the SDF, and the Turkish military will restart offensive operations. I give it 12 hours, tops, before we’re back to where we were before the Vice President’s press conference today.

But civilization is happy, so good job everyone!

Mr. President, please help yourself to a Nobel Peace Prize. Take it out of petty cash.