And since people have been discussing my lack of a neck, here’s a recent selfie* I took:

I even have my own action figure!* 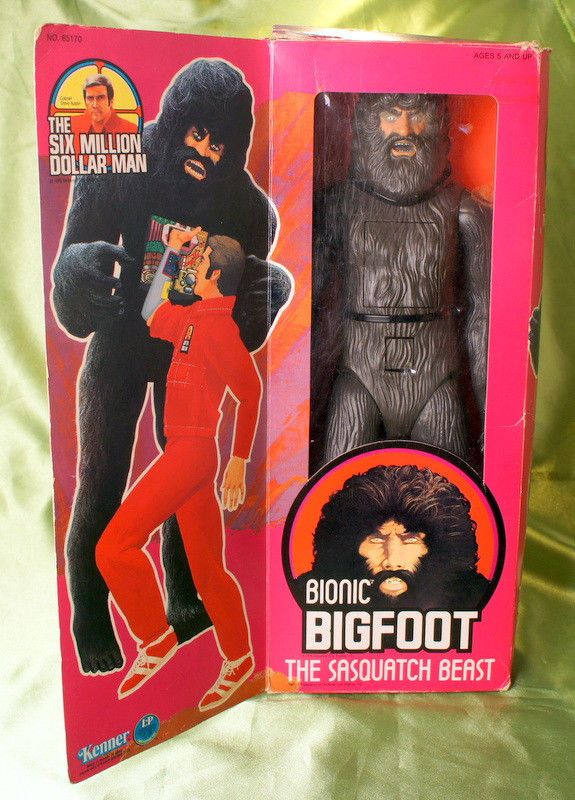 * This is actually Ted Cassidy, playing Bigfoot in place of Andre the Giant, in the two part episode of The Six Million Dollar Man entitled Bigfoot Returns.

END_OF_DOCUMENT_TOKEN_TO_BE_REPLACED

I probably won’t be at my computer when tonight’s event starts, so here’s a placeholder.

From CNN, “How to Watch Night Two”:

How can I watch them?
CNN’s Democratic presidential debates will air exclusively on CNN and will stream live in their entirety, without requiring log-in to a cable provider, exclusively to CNN.com’s homepage, across mobile devices via CNN’s apps for iOS and Android, and via CNNgo apps for Apple TV, Roku, Amazon Fire, Chromecast and Android TV…

END_OF_DOCUMENT_TOKEN_TO_BE_REPLACED

I know healthcare is Mayhew’s bailiwick, but it’s incumbent upon us to point and laugh at the Trump administration’s effort to put together a 20,000-page term paper the night before it’s due. Prior to becoming the first person on the planet to discover that healthcare is “so complicated,” Trump made some pretty big promises about how he would change coverage in the US:

“We’re going to have insurance for everybody. There was a philosophy in some circles that if you can’t pay for it, you don’t get it. That’s not going to happen with us. It will be in a much simplified form. Much less expensive and much better.”

Three years later, Trump’s flunkies are desperately seeking small-bore policy-tweak “wins” as the freight train of the upcoming election bears down on the administration. The Post:

White House advisers, scrambling to create a health-care agenda for President Trump to promote on the campaign trail, are meeting at least daily with the aim of rolling out a measure every two to three weeks until the 2020 election…

One senior administration official, who spoke on the condition of anonymity to discuss internal deliberations, said the White House believes it has “tremendous authority” to write executive orders under food, drug and cosmetic laws, as well as through the ACA, which gives the government broad power to test ways to improve health care and reduce costs in government programs.

“We think the [ACA] authority is pretty tremendous,” the [Trump admin] official said. The administration is currently arguing in federal court to overturn the law, however, with a decision expected late summer or fall.

But many health policy and legal experts disagree and are also skeptical the steps the administration is talking about would have a tangible effect on consumers before the election.

“It’s unlikely the administration is going to be able to use an executive order that Americans are going to be able to notice before the election,” said Benedic Ippolito, a health economist at the American Enterprise Institute. “It’s an incredibly ambitious timeline.”

What could possibly go wrong, aside from wingnut judges nullifying coverage for tens of millions by overturning the ACA on the Trump admin’s advice, thus also deep-sixing the executive order experiments, or the spectacle of top GOP pharma donors suing the Trump admin in court in the run-up to the election?

Other participants in the sometimes contentious daily meetings include Azar, the president’s son-in-law and senior adviser Jared Kushner, White House counselor Kellyanne Conway and representatives from the vice president’s office.

I get that a lot of folks are nervous about some of our candidates’ ideas on healthcare. I share your anxiety, mostly because the media goes all budget-ninja on Democrats when healthcare (or any other topic, really) comes up and doesn’t even bother pointing out the absurdity of Trump’s stream-of-semi-consciousness lies on the subject. But Judd Legum* on Twitter made a good point here:

In my view, letting people die because they can’t afford insulin is more extreme than proposing a new policy.

Truth. As for Senator Warren locking herself into Medicare for All and the abolition of private insurance, did anyone happen to see the wee hours of the post-debate coverage? I did, God help me. Warren joined the CNN panel, and they pressed her on that issue, particularly on how Medicare for All would affect unions that negotiated Cadillac coverage as part of their compensation.

I don’t remember Warren’s exact words and cannot find a video of the exchange on YouTube, but she mentioned having unions at the table when negotiating the healthcare transition. She talked about leadership and gaining consensus, and she sounded a good bit more flexible on the topic than the post-debate pundit pearl-clutching suggests.

Let’s also recall that the 2008 candidates evolved quite a bit on healthcare by the time the rubber met the road in DC. IIRC, then-candidate Obama scoffed at the idea of an individual mandate on the campaign trail. But since they seriously intend to govern, Democrats have to be willing to compromise and take new factors into account as appropriate.

Given the clown show we’ll be up against, I like our chances on every hot-button issue, including healthcare. As Buttigieg rightly pointed out, the Trumpublican retort will be “socialism!!!” no matter what, so you might as well fight for what you believe is the best plan.

END_OF_DOCUMENT_TOKEN_TO_BE_REPLACED

For those who didn’t or weren’t able to donate to David’s/Scotian’s GoFundMe and didn’t get the update by email earlier today, David passed away last night. I got a text a little while ago from whom I’m assuming is his wife also informing me as I was in direct contact with him over the past week. John will be reaching out to her this afternoon and he, I, or both of us will have some updates for you later today.

END_OF_DOCUMENT_TOKEN_TO_BE_REPLACED

I didn’t watch the debates last night, just read a couple of recaps. I view the debates as a bit of a necessary evil, for a number of reasons. First, it gives the already horse-race obsessed media another opportunity to descend into the trivialities they so love. Second, it continues the trend of making the Presidency the only office worthy of attention. Finally, it isn’t really good “practice” for taking on Trump because nobody’s calling Warren “Pocahontas”, or telling Corey Booker that he should go back to rat-infested Newark, or whatever other racist/sexist slurs Trump will inevitably use.

The debate I’d like to watch is the front runners taking on a shit-talking Trump impersonator who calls names for 90 minutes. That will give us some good insight on who would be the best nominee.

Also, no, Republicans are not “biting their nails” over a flood of retirements (shame on TPM for using that headline). I looked at the retirements listed in the linked piece, and the least-safe district was R+10. Obviously, an open seat is easier to flip than a incumbent-occupied seat, but these aren’t swing districts by anyone’s definition.

END_OF_DOCUMENT_TOKEN_TO_BE_REPLACED

This is interesting to me as it strongly implies that the health insurers and providers has two pathways towards increasing revenue:

From a business perspective this makes sense.

Let’s unpack it a bit as we looked at provider side accounts receivable preferences years ago:

The ideal patient from an account receivables perspective pays a very high percentage of the billed charge with a high degree of certainty and a short turn around time and minimal haggling. Excluding celebrity rehab centers and $40,000/year per person coverage, there are few payers who meet this provider ideal. Everything else is a trade-off.

Let’s look at it from an insurer revenue side perspective now.

An uninsured individual brings no revenue. An individual in Medicaid fee for service brings in no revenue. However an individual in Medicaid managed care brings in some revenue. This is a direct revenue source and also a source of slightly more leverage on payer-provider negotiations that would allow the insurer to get slightly lower rates. Insurers support expanding Medicaid because most of the incremental money is flowing through managed care and a good chunk of the incremental ACA covered population is either getting a new Medicaid ID card or were uninsured.

Medicare Advantage for All, Medicaid Buy-ins, Medicare Buy-ins, Medicare for All would move a tremendous number of people out of higher paying categories and into lower paying categories. That is what the fight was about in the Washington State public option bill as the original proposal was for it to pay providers Medicare plus a little bit and the final proposal ended up at basically commercial rates. This is the fight in North Carolina where the state treasure wants to “only” pay 200% Medicare for the State Employee Health Plan. The large hospital groups in North Carolina have not signed onto the proposal.

Providers and insurers are talking their book of business and they want a one way ratchet. And from a business perspective, that makes sense. From a societal perspective, let’s just be aware of what is happening here.