You are here: Home / Politics / America / A Quick Note on AG Barr’s Letter to Congress Regarding the Special Counsel’s Report to the Department of Justice

Until the Special Counsel’s report is actually provided to Congress and made public, we have no way of actually knowing if the Attorney General’s interpretation of the report, or his and Deputy Attorney General Rosenstein’s determination that obstruction of justice charges could not be brought based on what the Special Counsel’s Office had reported to them, are accurate. Especially as both the Attorney General, because of the unsolicited assessment he submitted to the White House Counsel regarding the accusations of obstruction of justice and the Deputy Attorney General’s involvement in providing justification for terminating FBI Director Comey, create serious conflicts of interest for them in making that final determination regarding whether the President obstructed justice. We also won’t know, until the report is made public, if the Special Counsel concluded, per footnote 1 on p. 2 of Barr’s letter, that there was no tacit or explicit conspiracy between the President, members of his campaign, and/or his other surrogates and/or employees with the Russians to interfere in the 2016 election because he just couldn’t find any or enough substantiating evidence or because he was lied to and that evidence was destroyed and actions covered up to prevent him from finding it.

This is a complicated and problematic decision for both of them. Before he took office, Barr wrote a memo preemptively attacking the obstruction component of Mueller's investigation. Rosenstein was part of the conduct (firing Comey) that the investigation would have examined.

Reading between the lines in the next paragraph, particularly "in our judgment," it appears the obstruction case was a close call, and Mueller did not give them even the thinnest reed of his own conclusions to hold onto. Barr and Rosenstein are out on a limb on their own on this. pic.twitter.com/w3KbXJdxbn

Attorney General Barr’s Letter is below. 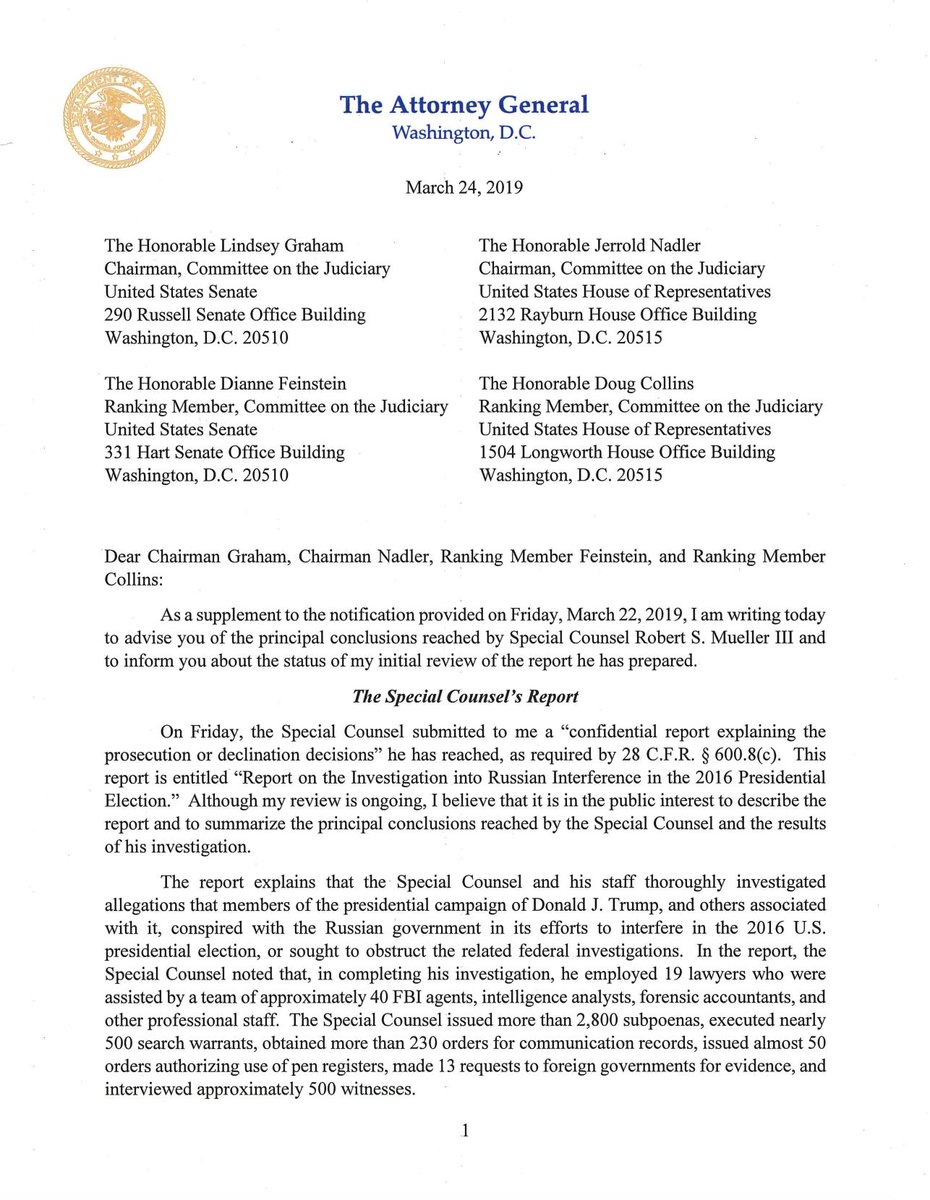 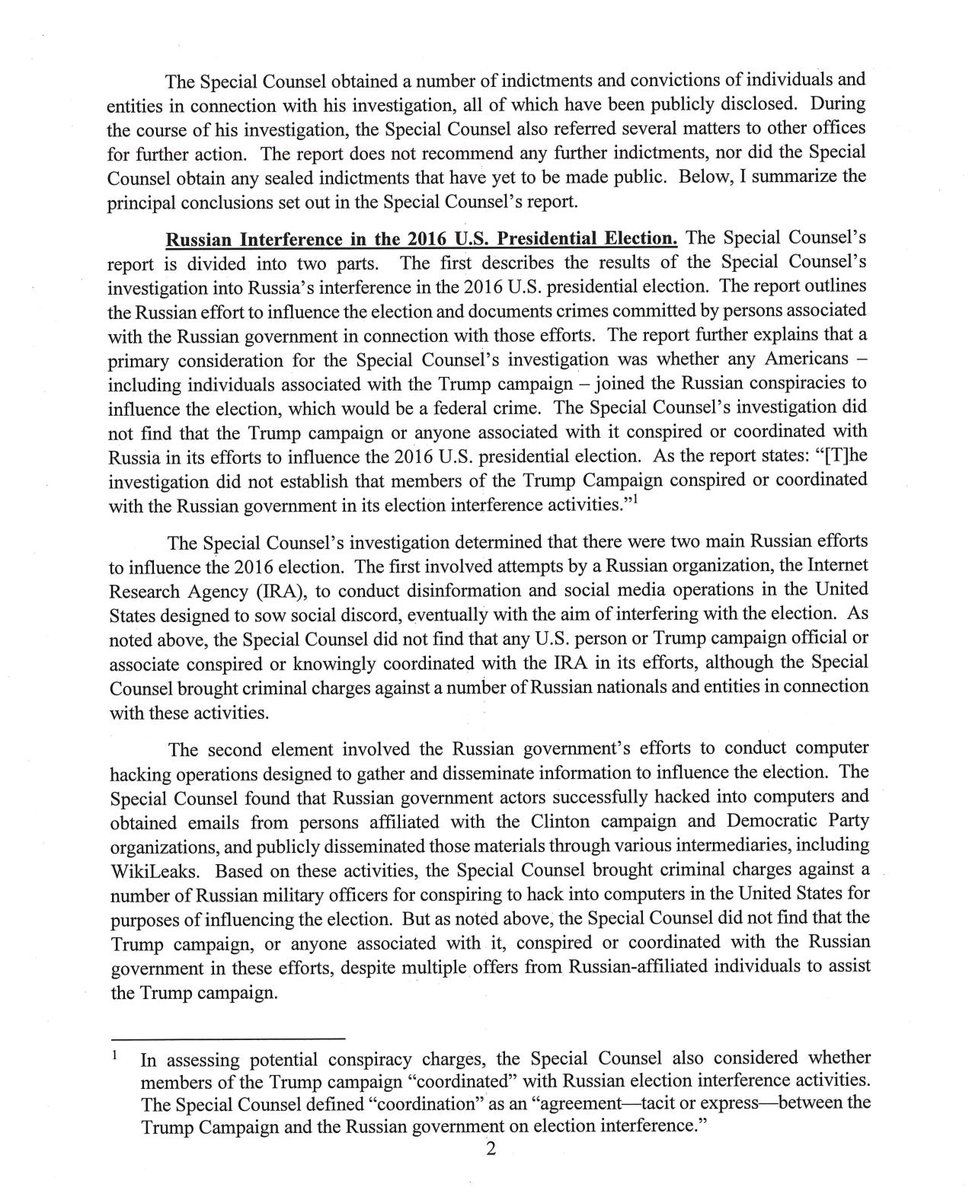 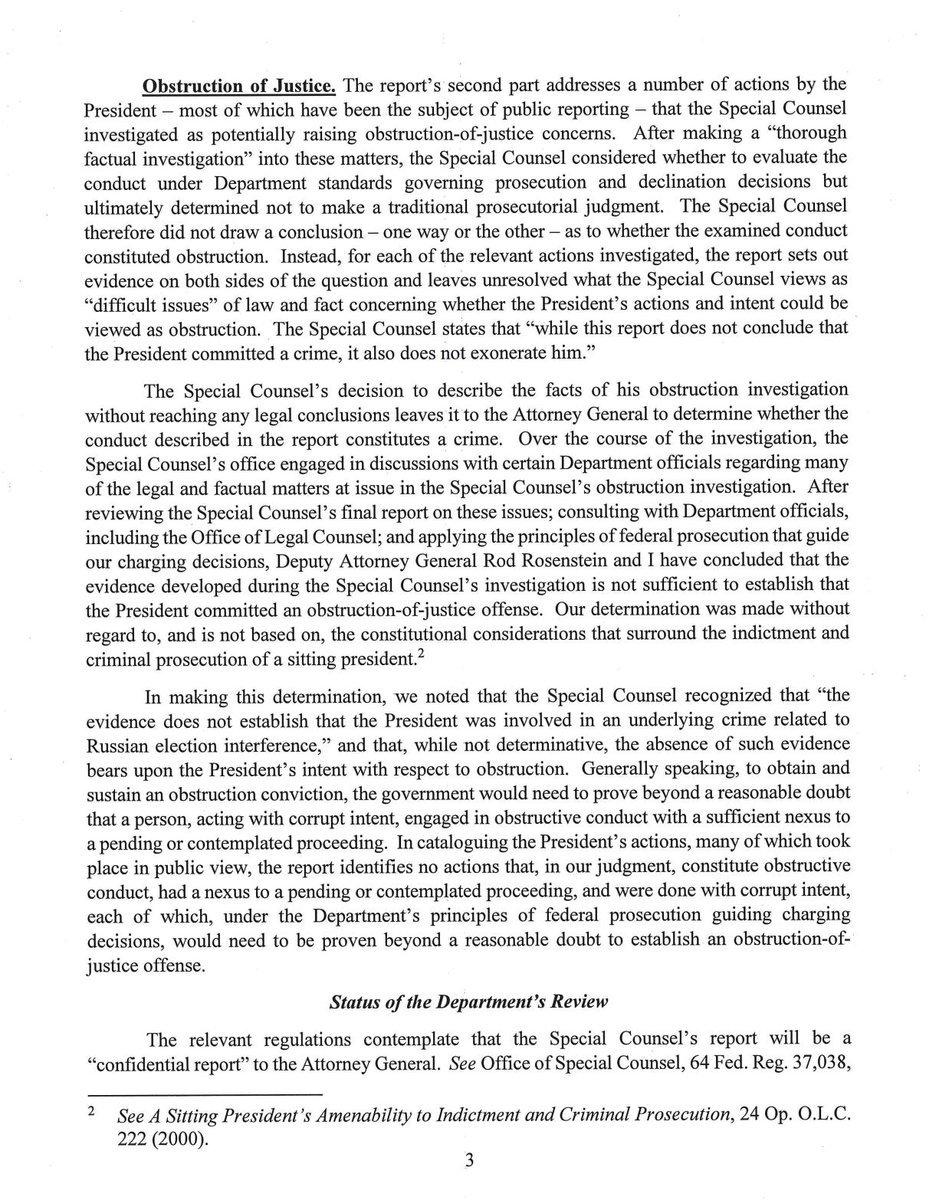 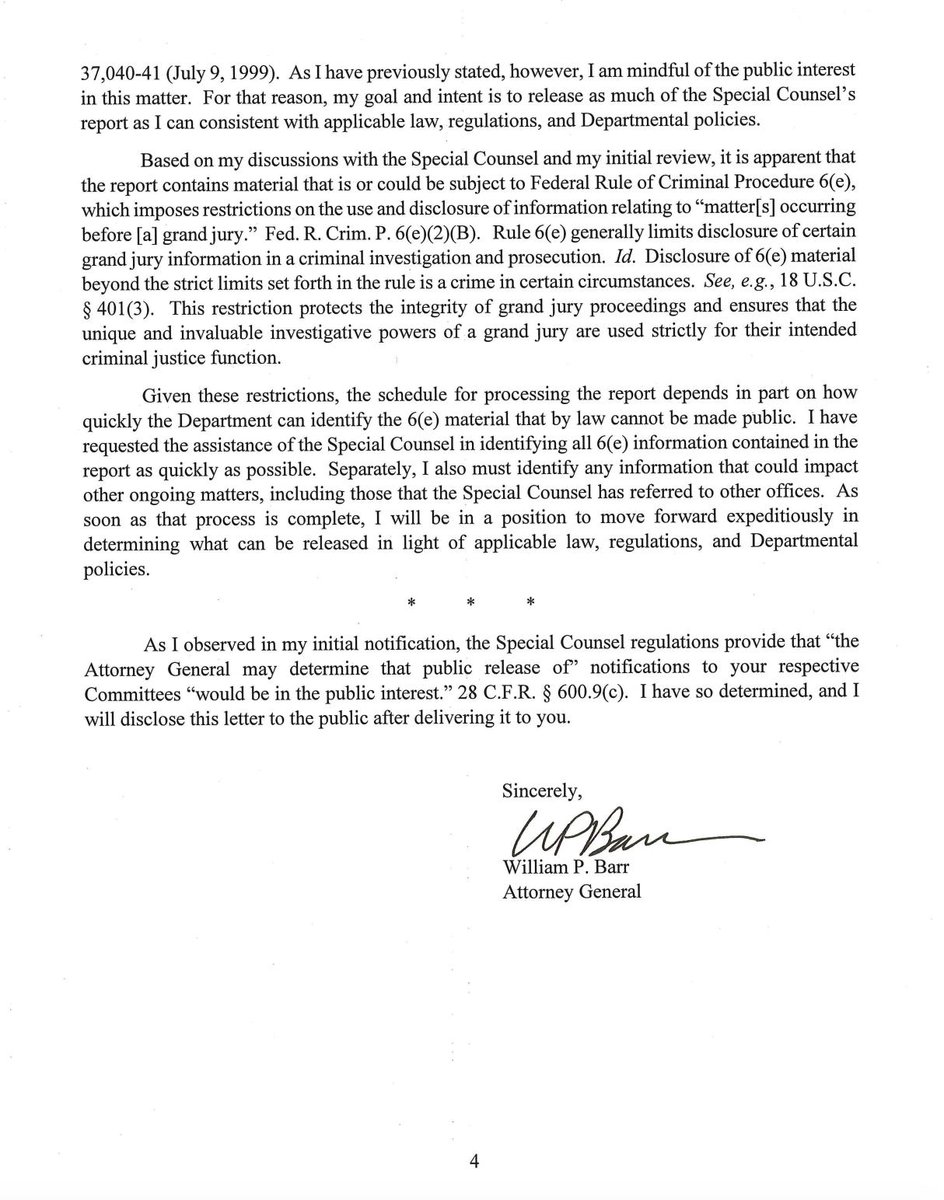 Until or unless Special Counsel Mueller’s report is made public, we do not actually know much more than we knew two hours ago.

Previous Post: « Breaking: Barr To Update On Mueller Report
Next Post: Open Thread: Buckling Down to Dissect the Barr Report »