You are here: Home / Politics / America / A Meeting of the Mindless

Ari Melber decided to have Carter Page, Michael Caputo, Sam Nunberg, and Jerome Corsi all on tonight. On the same panel. I give you the Four Whores of the Apocalypse! 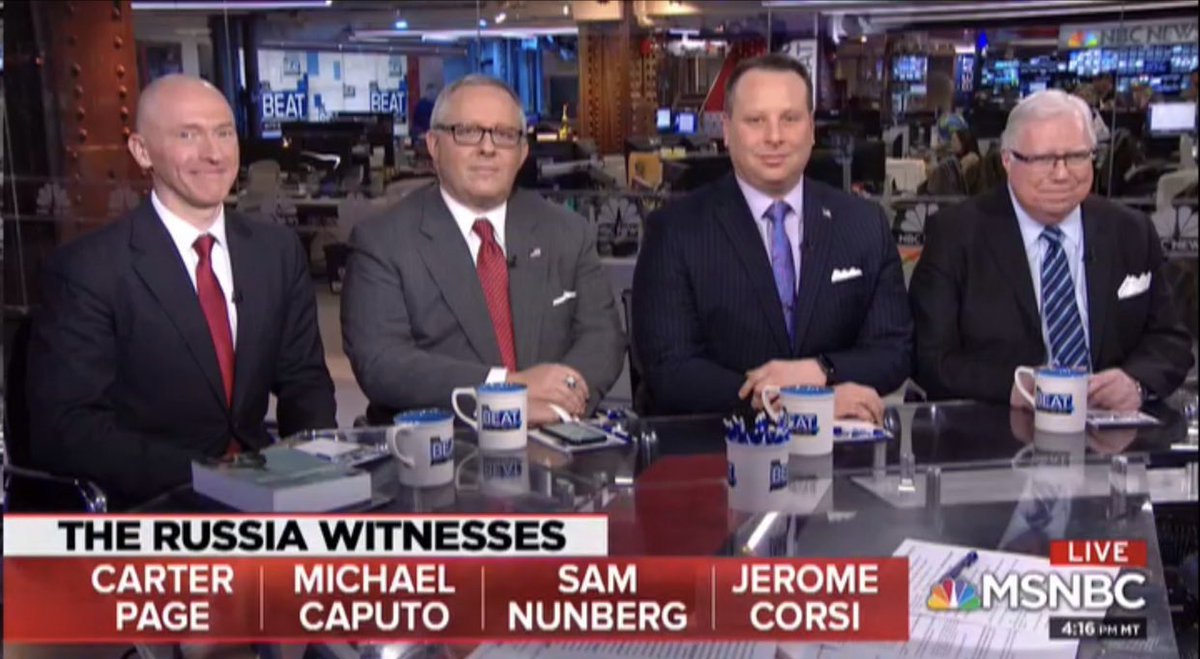 The only good thing about the this panel was watching all four of them both take their delusional conspiracies about Special Counsel Mueller out for a walk and turn on each other repeatedly.

Mueller witness: "One of the first questions" I got was "how often did Trump talk to Stone"

– Sam Nunberg on why he believes Mueller probe involves Trump, not just the campaign pic.twitter.com/Nrld8rXVWa

How Carter Page 1) graduated from the US Naval Academy and 2) got a PhD is beyond me.

.@AriMelber to Mueller witness: Now that you know you met with Russian intelligence, would you still want to do business with them?

Cater Page: "Obviously if I knew they were doing some things behind the scenes, I never would have met with them" pic.twitter.com/5HaQSxsfTw

I’m pretty sure Melber’s producer is currently curled up in the fetal position sobbing while drinking bourbon straight from the bottle.