You are here: Home / Politics / America / Breaking News: We Now Have the Official Numbers of People on the Terrorism Watchlist Stopped by Customs & Border Patrol at the Border

Exclusive Finally got the answer to the question we've been asking since Sarah Sanders said 4K terrorists were stopped at the southern border. https://t.co/iFMMwdRQZW

Julia Ainsley at NBC has the scoop:

U.S. Customs and Border Protection encountered only six immigrants on the U.S-Mexico border in the first half of fiscal year 2018 whose names were on a federal government list of known or suspected terrorists, according to CBP data as of May 2018 obtained by NBC News.

Secretary of Homeland Security Kirstjen Nielsen told reporters on Monday the exact number, which NBC News is first to report, was classified but that she was working on making it public.

Overall, 41 people on the Terrorist Screening Database were encountered at the southern border from Oct. 1, 2017, to March 31, 2018, but 35 of them were U.S. citizens or lawful permanent residents. Six were classified as non-U.S. persons.

On the northern border, CBP stopped 91 people listed in the database, including 41 who were not American citizens or residents.

Border patrol agents, separate from CBP officers, stopped five immigrants on the database over the same time period, but it was unclear from the data which ones were stopped at the northern border versus the southern border.

The White House has used the 4,000 figure to make its case for building a wall on the southwest border and for closing the government until Congress funds it. They have also threatened to call a national emergency in order to get over $5 billion in funding for the wall.

It is important to remember that the Terrorist Screening Database may not be as reliable as the government claims.

What’s the Criteria for Getting on the Watch List?

According to a 2013 watch list guideline produced by the Terrorist Screening Center and obtained by The Intercept, engaging in terrorism or having a direct connection to a terrorist organization is not necessary for inclusion on the list. Parents, spouses, siblings, children and “associates” of a suspected terrorist can appear on the list without any suspicion of terrorist involvement. “Irrefutable evidence” of terrorist activity and connections is also not necessary, the document states. Reasonable suspicion is sufficient, though this isn’t clearly defined.

“These lists are horribly imprecise,” a former federal prosecutor, who asked to remain anonymous, told WIRED. “They are based on rumor and innuendo, and it’s incredibly easy to get on the list and incredibly difficult to get off the list. There’s no due process for getting off the list.”

The guidelines also reveal that the Assistant to the President for Homeland Security and Counterterrorism can temporarily authorize placing entire “categories” of people on to the No-Fly and Selectee lists based on “credible intelligence” that indicates a certain category of individuals may be used to conduct an act of terrorism.

“Instead of a watch list limited to actual, known terrorists, the government has built a vast system based on the unproven and flawed premise that it can predict if a person will commit a terrorist act in the future,” Hina Shamsi, head of the ACLU’s National Security Project, told The Intercept. “On that dangerous theory, the government is secretly blacklisting people as suspected terrorists and giving them the impossible task of proving themselves innocent of a threat they haven’t carried out.”

It doesn’t necessarily take a lot to get a positive match. It is basically the flying while David Nelson problem.

Wrong. The best way to read it: Border authorities encountered 6 with names sufficiently similar to one of the hundreds of thousands on multiple US Government watchlists. Senator Ted Kennedy, whose name resembled a watchlist entry, would have told you how fool-proof this is. https://t.co/wKbrlpB0Rn

On the northern border, CBP stopped 91 people listed in the database, including 41 who were not American citizens or residents. And that doesn’t count the violent, white supremacist extremists from Canada living among us. Especially those who have started their own terrorist groups. Everyone be on the lookout for: 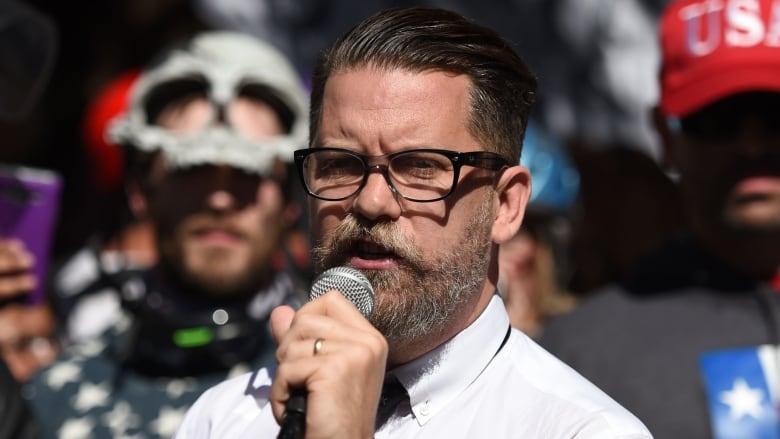 I expect that burning smell in DC is the fact that the fire from the White House Spokeswoman’s britches has set her tuchas alight.