Cool that reporters are push polling a conspiracy theory that just got 11 people killed. https://t.co/vPOvciNVgN

If you must ask a freaking Soros question, how about, "Would you like to take the opportunity to disavow the anti-Semitic conspiracy theory about George Soros given the events of last week?"

The more I think about this the angrier I get. A reporter could ask him any idiotic conspiracy theory and if it sounded like something his base would believe, he'd respond, "It's very, very possible" and the crazies have their confirmation.

Weirdly, the Idiot Media’s fixation with urging Lord Smallgloves to go full-metal paranoid seems like Good News for Democrats… if it doesn’t get us all killed. The infotainers workshopping ever-more-unlikely scenarios (“Will you order Kirsten Nielsen to *personally* gun down diseased migrant babies at the border?”) are like kids on a vandalism spree, hopped up on adrenaline, daring each other to move from ‘juvenile pranks’ to ‘malicious mischief’.

Seems like they perceive this, consciously or not, as their last chance to prod Trump and his fellow Repubs into increasingly spectacular / dangerous stunts, before the grownups show up and shut down the party…

CW is that Trump is closing on immigration bc it worked in 2016. But there was a LOT in that close, especially the Clinton email hacks and FBI probe.

Trying to recreate that w just immigration is like buying just salt and baking soda and trying to make chocolate chip cookies.

END_OF_DOCUMENT_TOKEN_TO_BE_REPLACED

In deep red Kansas, 17 people showed up at a Topeka Holiday Inn to see Steve Bannon (free continental breakfast in the AM) https://t.co/6pTBVu660V pic.twitter.com/yyOb6mN62z

Steve Bannon makes spur-of-the-moment trip to Topeka for personal appeal to Trump base, telling them control of the House depends on whether they show up to support @Steve4Kansas, even if he is a #RINO #ksleg https://t.co/5S9STUE4mT pic.twitter.com/tK1p1OuSBV

… At an unpublicized micro-rally in North Topeka, Bannon told a small gathering that a New York Times poll showing Democrat Paul Davis with a four-point lead over Republican Steve Watkins was the catalyst for his spur-of-the-moment decision to fly to Kansas.

He expects Robert Mueller to deliver a report on President Donald Trump before the end of the year. If Davis wins, Bannon said, Democrats will take control of the House and use the Mueller report as a blueprint to launch impeachment proceedings.

If the Trump base doesn’t show up next Tuesday, he said, “we’re going to lose this.”…

About 25 people attended the rally at the Holiday Inn Express on US-24 highway, including a small contingent of event organizers and individuals following Bannon for a documentary. People were notified midday by unsolicited texts that read: “Support Trump and MAGA! RED TIDE RISING RALLY with STEVE BANNON.”…

Bannon spent the day at similar events in Nevada and planned to provide motivational talks for Kris Kobach’s campaign before leaving for Iowa. Kobach, the Republican nominee for governor, is tied with Democrat Laura Kelly in consistent polling.

“Sometimes,” said Christopher Reeves, a Kansas representative to the Democratic National Committee, “you know your candidates by the people who rally to support them. Steve Bannon was worshiped and publicly praised by the American Nazi Party, David Duke and others. He once said feminism is worse than cancer. He was fired from the Trump administration for being too radical. It is clear what he believes about Steve Watkins and Kris Kobach, and that support is pretty troubling.”…

Bannon said the small crowds at his rallies are intentional, that the point is to make it a grassroots movement for Trump supporters #ksleg

That's not a "micro-rally." That's a bridge foursome and a moldering carcass of hubris and delusion encased in filthy garments from LL Bean's 1985 "Muttering Hobo" Fall Collection.

END_OF_DOCUMENT_TOKEN_TO_BE_REPLACED

Just a few more days til election day….I added some more candidates to our last go-round of candidates: Cunningham, Kulnarni, Denney, Eastman, Horn. We’ve got ten candidates now. So let’s make it an even 10K. These are all under-the-radar races. I think it’s the best way to spend our last minute money. There are A LOT of races that look like safe R that are shockingly close when they are polled. You can bet there’s a lot that are shockingly close that haven’t been polled at all. These could be in there. 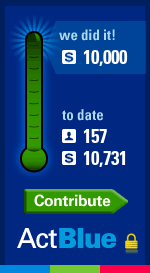 END_OF_DOCUMENT_TOKEN_TO_BE_REPLACED

Getting ready for the swarms of trick or treaters, and saw this adorable costume via Mike at spaghetti models: END_OF_DOCUMENT_TOKEN_TO_BE_REPLACED

I wrote about this on the twitter machine, which usually is just where I post crap and tell toadie journalists and nazis to go fuck themselves, but I think this is worth repeating. A refresher on what the dipshits Wohl and Burkman tried to do:

The office of the special counsel, Robert S. Mueller III, has asked the F.B.I. to investigate what appears to be an effort to smear him, stemming from suspicious emails offering women money in exchange for fabricating sexual misconduct claims against him.

“When we learned last week of allegations that women were offered money to make false claims about the special counsel, we immediately referred the matter to the F.B.I. for investigation,” Peter Carr, a spokesman for the special counsel’s office, said in a statement on Tuesday.

The plot appeared to be the latest, and one of the more bizarre, in a string of attempts by supporters of President Trump to discredit Mr. Mueller’s investigation as a hoax and a witch hunt. Mr. Mueller is investigating whether any Trump associates conspired with Russia’s 2016 election interference and whether the president tried to obstruct the inquiry. He has secured six guilty pleas and a trial conviction in the 17 months he has overseen the investigation.

That’s the gist of it- they were conspiring to find women and pay them/bribe them to come forward with phony allegations of sexual misconduct. It’s idiotic and offensive, but it is also a very, very serious thing. Just this conspiracy alone is probably (remember, IANAL- I am not a lawyer) a felony for obstruction of justice, as they were doing this to bring down Mueller and obstruct his current investigation. It will, in all likelihood, cascade into a series of other tertiary felonies, as this dipshit brigade will probably lie to the FBI when questioned (felony), attempt to get everyone to tell the same story and coax witnesses (another felony), attempt to destroy evidence and smash hard drives and erase emails (felony), and so forth. Again, IANAL, but it sure feels like this is the road we are going to travel.

The details of our stupidest venture into dirty tricks are also humorous and staggering in their incompetence, as any investigation into Surefire Intelligence, the vehicle for this “scheme” (no disrespect to actual schemes intended), is sure to bring the yuks:

The “intelligence firm” that prepared the allegation, SureFire Intelligence, was linked to Wohl due to DNS registration records saved on CuteStat.com. These records show that someone using the email [email protected] was involved with the domain registration for surefireintelligence.com.

When searching for the various employees who list their employment as SureFire Intelligence, nearly all of them use stolen profile photographs. In particular, many of these photographs use the sepia-toned filter that was likely used to disrupt reverse image search algorithms. It goes downhill from there.

But to me, the most depressing aspect of this whole thing (now that I have sufficiently buried the lede for this post) is WHY they thought it would work.

They thought that they could easily find women to come forward, accept money, and lie about sexual misconduct on the part of Mueller because THEY DON’T BELIEVE WOMEN WHO HAVE BEEN VICTIMIZED. They think it is all made up. They don’t believe women are sexually harassed, they don’t think they are assaulted and raped, they think everyone coming forward is doing it because they have ulterior motives, whether it be fame, fortune, or in Dr. Ford’s case, they love abortion so much that they just had to stop Kavanaugh.

And the reason it never occurs to them is because to them, women are not people. They are objects- servants when needed, playtoys for sexual release or gratification, impediments in the workplace when it comes to promotion, things to look at, things to help them feel better about themselves, and in this case, tools to achieve a political ends.

And that’s the most depressing thing about this scandal.

END_OF_DOCUMENT_TOKEN_TO_BE_REPLACED

it is still only wednesday pace yourself every body pic.twitter.com/thUzcDskWE

For escapism, I’m reading and re-reading mysteries by my favorite authors. (Barbara Vine/Ruth Rendell’s The Brimstone Wedding is so good, I’m having trouble putting it down long enough to post!)

Many years ago, I did some sketchy calculations and came to the conclusion that I’ve been tithing the publishing industry ever since I first had my own money. Since that indicates my level of devoutness, obviously I’m grateful for stories like this one in the Washington Post that let me know I’m not alone:

For more than four decades, October Books has been a fixture in Southampton, England…

Last November, the co-op’s members gave their landlord notice that they would be leaving their Portswood Road space and began seeking a property to buy. As fate would have it, a former bank just down the road went on the market — at 189 Portswood Rd. — and it was perfect for what October Books’s members had in mind.

A series of small miracles happened. A nonprofit organization that supports the homeless agreed to go in on the new property with October Books. In January, a bank accepted its proposal to buy the building in question…

There was one lingering logistical hurdle: How would they move thousands of books from one storeroom to the other?

A radical idea was put forth: What if they formed a human chain and simply passed books, handful by handful, down Portswood Road?

With the two properties about a tenth of a mile apart, co-op members estimated that they might be able to pull it off — if they could persuade at least 150 people to show up at once…

What one good thing are you grateful for, this week?

END_OF_DOCUMENT_TOKEN_TO_BE_REPLACED

Virginia will start accepting applications for Medicaid this Thursday. It’s a big day for the nearly 400,000 Virginians who will qualify for Medicaid coverage. 1/

Virginia is expanding Medicaid because of a massive electoral victory of a coalition that highly values Medicaid expansion. Enough Virginia Republicans were willing to cross their party lines to join with unanimous Democratic support to make sure far more Virginians can get affordable healthcare last spring.

Next week Idaho is voting on a referendum as to whether or not the state wants to expand Medicaid:

Wow GOP governor Butch Otter endorses Medicaid expansion in Idaho and appears in an ad for it. https://t.co/4zb3QxGExp

Expansion is on the ballot there next week

Next week, Maine is voting for a new governor. They have already approved Medicaid expansion but their current governor is doing everything he can to block implementing a clear directive to expand Medicaid.

If you want to see Medicaid expanded, voting for candidates who, when they win, want to expand Medicaid is the best way of doing that.

Remember this on Tuesday.