You are here: Home / Past Elections / Election 2018 / Long Read: “Beto O’Rourke Could Be The Democrat Texas Has Been Waiting For”

Ted Cruz, not to be outmanuevered, shall release video of himself BMXing in the parking lot of WhatAboutBurger ending badly as he runs into the back of a truck

I spent 5 days trailing the Beto O'Rourke campaign through West-Central Texas — and wrote a piece that's much more about the communities responding to him, and the idea of the midterms as "the election of our lifetimes":https://t.co/vBj8AU4UVZ pic.twitter.com/S1txsVpa3W

… When O’Rourke speaks on the stump, he punctuates his points by moving his left hand up and down, like he’s directing traffic. His voice isn’t particularly melodic; he’s Lincoln-lanky; he lacks the preacher’s cadence that marked former president Obama’s speeches. But O’Rourke’s energy is palpable, infectious; his sweat is the physical evidence of that energy leaving his body. And it seems to be working. Even as he struggles with a continued lack of name recognition, in a state that has consistently voted Republican for the past three decades, recent polling places O’Rourke just two to six points behind Cruz. Among volunteers, there’s cautious yet barely contained glee: Could O’Rourke pull off an upset that, just six months before, seemed impossible?

By the time O’Rourke reaches the peaks of his stump speech in Kerrville — advocating for better treatment of Texas’s teachers, arguing for universal health care, and decrying family separation at the border — his shirt is full-on stuck to his back, and the crowd feels ready to ignite. When he announces that he hasn’t taken any money from PACs, instead raising $10.4 million (with an average donation of $33) to Cruz’s $4.6 million over the last quarter, the audience explodes.

Afterward, an endless line forms to meet and take selfies with the candidate. One man makes small talk with O’Rourke’s communications director, Chris Evans, who’s filming the entire thing — as he does every town hall — for Facebook Live. “You’ve got to get that man another shirt,” the man says. “He knows he only gets one shirt for the day,” Evans responded. “He sweat through this one early.”

A politician’s stump speech has the same effect as a good sermon. For those who already believe, it reenergizes the faithful. But a truly great stump speech also appeals to the skeptic — and provides moments of near-spiritual conversion. That’s what a Beto O’Rourke speech does. It makes people believe: believe that the country doesn’t have to feel the way it does right now, that people who think differently can still have a conversation, that you can be conservative and vote for a candidate without an “R” beside their name. While we’re 30 years removed from the election of a Democrat like Ann Richards to run the state — current governor Greg Abbott is a hardline conservative — a Beto O’Rourke speech makes people believe that a Democrat can win a major statewide race in Texas again. And these believers can help make it happen.

O’Rourke has taken to calling the coming election “the most important of our lives,” which, depending on one’s age, may or may not be an overstatement. But it’s an expression of how many people, including the 10,000-plus who’ve volunteered for his campaign, conceive of it. In supporting O’Rourke, they’re supporting a different vision of both Texas and the United States — one, as O’Rourke emphasizes, in which politicians show up to listen to all citizens, no matter their political inclination, or the size of their town, or their ability to donate to the campaign. One in which Texas — one of the most diverse states in the nation — models an empathetic, progressive way forward for a divided country…

Speaking with dozens of hopeful supporters over five days in West Central Texas, it’s clear that the enthusiasm and organization around O’Rourke’s campaign is there. And based on conversations with independent and Republican voters at his events, his message is traveling beyond progressive bubbles. He’s in small towns like Iraan, population 1,236, talking to a dozen people about rural issues like broadband internet; he’s filling theaters in bright red cities like Abilene. He has a veritable army of volunteers. But there’s a gap between energy and obtaining the kind of power that can effect change, and it’s one that it’ll take more than a “blue wave” to fill. It’s not just about convincing voters to swing O’Rourke’s way. It’s about convincing people to vote, period.

Like so many other blue-wave candidates across the US during these midterm elections, O’Rourke must convince nonvoters that voting actually matters — that they have the capacity to change their own lives and the lives of those around them. Texas is an enormous and varied state, and one that — no matter how purple its political demographics might seem — still votes red. How many shirts must O’Rourke sweat through to win its heart?… 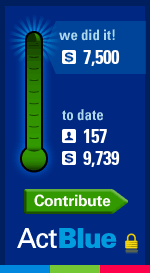