You are here: Home / Politics / America / To Arms, To Arms. The War Has Begun: The Midnight Riders

The Revolutionary War began on 19 April 1775. That evening Paul Revere made his famous ride. But Revere wasn’t the only rider, just the only one to have Longfellow wright a poem about him. There were dozens of other riders that night, each seeking to warn the colonial patriots that the British army was advancing and what route it was taking. One of these others had the longest ride – the 345 miles from the outskirts of Boston to Philadelphia. That rider was Israel Bissell, though in some records he’s referred to as Isaac Bissell.

Bissell, a 23-year-old postal rider when the war broke out on April 19, 1775, rode day and night with little sleep during an exhausting 345-mile journey from Boston’s western edge to Philadelphia. On the first leg, he rode one horse so hard that the animal collapsed and died beneath him as he arrived in Worcester, roughly two hours after leaving Watertown.

“To arms, to arms. The war has begun,” Bissell shouted as he passed through each little town. In addition to making his alert at every stop on the Old Post Road, Bissell also brought a message from General Joseph Palmer:

To all the friends of American liberty be it known that this morning before break of day, a brigade, consisting of about 1,000 to 1,200 men landed at Phip’s Farm at Cambridge and marched to Lexington, where they found a company of our colony militia in arms, upon whom they fired without any provocation and killed six men and wounded four others. By an express from Boston, we find another brigade are now upon their march from Boston supposed to be about 1,000. The Bearer, Tryal Russell, is charged to alarm the country quite to Connecticut and all persons are desired to furnish him with fresh horses as they may be needed. I have spoken with several persons who have seen the dead and wounded. Pray let the delegates from this colony to Connecticut see this.

While there has been some historical dispute about whether Bissell made the whole ride or just the leg to Hartford before handing off to another post rider. Regardless, he still made the longest of the midnight rides.

Bissell did eventually get his own poem. In fact he got two.  One written by Gerard Chapman. The other by Clay Perry.

“To arms, to arms. The war has begun! 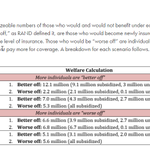