You are here: Home / Politics / Politicans / Best President Ever / Letter to the Bernieland Fail

Obama gave a magnificent speech to the graduating class at Howard today, and I have embedded it so you can watch it. It’s everything I love about Obama- it’s smart, it’s witty, it’s hopeful, it’s realistic, it’s based in historical reality, it’s optimistic, and it’s a challenge to the audience to do better while convincing them that they can. Watching it made my heart ache, because even though he is just a man and he has obviously done some things that I really disagree with, I just love him and wish he would be our President forever.

It’s why even on the issues I strongly disagree with him, I don’t lose my shit, because maybe he has a bigger picture view of things that I do, and he has earned my trust. Plus, for a politician, he’s just so goddamned cool. It’s like a mad scientist said let’s take FDR and Lincoln, add in some Jay-Z and Idris Elba, a little MLK and and Ali and Poitier, and see what happens- Presto- Obama!

At any rate, enough of the gushing. The best part of this speech today is how it does all the things that should be done at a commencement speech, but also sends a clear message to the youth about the current political realities taking place within the Democratic party. To wit:

And finally, change requires more than just speaking out — it requires listening, as well. In particular, it requires listening to those with whom you disagree, and being prepared to compromise. When I was a state senator, I helped pass Illinois’s first racial profiling law, and one of the first laws in the nation requiring the videotaping of confessions in capital cases. And we were successful because, early on, I engaged law enforcement. I didn’t say to them, oh, you guys are so racist, you need to do something. I understood, as many of you do, that the overwhelming majority of police officers are good, and honest, and courageous, and fair, and love the communities they serve.

And we knew there were some bad apples, and that even the good cops with the best of intentions — including, by the way, African American police officers — might have unconscious biases, as we all do. So we engaged and we listened, and we kept working until we built consensus. And because we took the time to listen, we crafted legislation that was good for the police — because it improved the trust and cooperation of the community — and it was good for the communities, who were less likely to be treated unfairly. And I can say this unequivocally: Without at least the acceptance of the police organizations in Illinois, I could never have gotten those bills passed. Very simple. They would have blocked them.

The point is, you need allies in a democracy. That’s just the way it is. It can be frustrating and it can be slow. But history teaches us that the alternative to democracy is always worse. That’s not just true in this country. It’s not a black or white thing. Go to any country where the give and take of democracy has been repealed by one-party rule, and I will show you a country that does not work.

And democracy requires compromise, even when you are 100 percent right. This is hard to explain sometimes. You can be completely right, and you still are going to have to engage folks who disagree with you. If you think that the only way forward is to be as uncompromising as possible, you will feel good about yourself, you will enjoy a certain moral purity, but you’re not going to get what you want. And if you don’t get what you want long enough, you will eventually think the whole system is rigged. And that will lead to more cynicism, and less participation, and a downward spiral of more injustice and more anger and more despair. And that’s never been the source of our progress. That’s how we cheat ourselves of progress.

We remember Dr. King’s soaring oratory, the power of his letter from a Birmingham jail, the marches he led. But he also sat down with President Johnson in the Oval Office to try and get a Civil Rights Act and a Voting Rights Act passed. And those two seminal bills were not perfect — just like the Emancipation Proclamation was a war document as much as it was some clarion call for freedom. Those mileposts of our progress were not perfect. They did not make up for centuries of slavery or Jim Crow or eliminate racism or provide for 40 acres and a mule. But they made things better. And you know what, I will take better every time. I always tell my staff — better is good, because you consolidate your gains and then you move on to the next fight from a stronger position.

So that’s my advice. That’s how you change things. Change isn’t something that happens every four years or eight years; change is not placing your faith in any particular politician and then just putting your feet up and saying, okay, go. Change is the effort of committed citizens who hitch their wagons to something bigger than themselves and fight for it every single day.

That’s what Thurgood Marshall understood — a man who once walked this year, graduated from Howard Law; went home to Baltimore, started his own law practice. He and his mentor, Charles Hamilton Houston, rolled up their sleeves and they set out to overturn segregation. They worked through the NAACP. Filed dozens of lawsuits, fought dozens of cases. And after nearly 20 years of effort — 20 years — Thurgood Marshall ultimately succeeded in bringing his righteous cause before the Supreme Court, and securing the ruling in Brown v. Board of Education that separate could never be equal. (Applause.) Twenty years.

That’s as clear a message as Obama can give to Democrats without endorsing one candidate or the other, and it is a clear message to the Bernie or Bust folks who subscribe to the asinine notion that sitting out the election if Sanders does not win (he can’t win the nomination- why is that not clear? Oh, yeah. Because we’re too busy harassing math teachers for being swarthy than we are listening to them) will somehow help. There’s something to this Dylan Matthews piece.

God damnit. Just repeal the 22 amendment already. At least we will still have Obama campaigning for Hills this year and hammering Trump. We still got that. 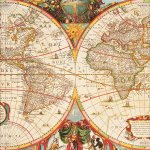