You are here: Home / Past Elections / Election 2016 / Excellent Read: “At rallies, Hillary Clinton’s supporters are looking for logic, not passion”

Stephanie McCrumman, at the Washington Post, reports on how grown-ups look for their next President:

They began arriving a full four hours early, ­hundreds of people stretching single file outside a Phoenix high school. It was a hot and cloudless day, but the people had come prepared to endure, preparation and endurance being hallmarks of a Hillary Clinton rally.

They slathered on sunscreen. They popped open umbrellas. They reached into purses and fanny packs for little baggies of trail mix, ignoring the yelling Donald Trump supporters across the street, and the carload of Bernie Sanders fans that kept whizzing by — “Bernieeeee!” they shouted through the window, their hair flying free. Their own hairlines glistened with sweat.

“She’s a serious candidate, and she doesn’t have to entertain me,” said Chris Haggerty, 58, a pastor in her third hour of waiting, of moving in small increments toward the high school doors.

Elsewhere in America, Sanders was thundering about a “political revolution.” The Republican front-runner Trump was promising to “bomb the sh–” out of the Islamic State. These were the emotionally cathartic rallies that had come to define this unorthodox political season so far — angry, raucous, anti-establishment and, in Trump’s case, ­occasionally violent…

Rose Smith, 55, took one and glanced over at the Trump yellers, which included a man with a Smith & Wesson 9mm strapped to his thigh shouting that Clinton should be “taken down a notch.” She did not yell back.

“Trump’s angry; Bernie’s angry all the time,” said Smith, a retired elementary schoolteacher who said she was not angry other than whatever frustration she felt toward the other candidates and their followers, which she sublimated. “Just realistically, I think it’s not a matter of pumping the team up, it’s a matter of playing the game. You can’t have that kind of demeanor. I can’t imagine these men being in the room when some crisis really happens. Is emotion going to rule them, or are they going to have a level head and make calm decisions?”…

To her and others baking in the sun, this was in fact the paradox of being a Clinton supporter at a Clinton rally, the thing that no one seemed to understand. They were excited by her lack of excitability; thrilled by her boring wonkiness; enthusiastic not about the prospect of some dramatic change but about Clinton’s promise of dogged, small-bore pragmatism, a result of decades of government experience they considered a qualification rather than a liability.

Theirs was the campaign that voters so often said they wanted — one of substance and detail, of practicality rather than dreamy idealism, of freedom through discipline…

“Oh, I’m very excited!” said Randall Clark, who owns a small delivery business and pressed the H onto his shirt.

By “excited,” he explained, he meant that he looked forward to “continued, incremental, small changes” on issues such as global warming, gun control and health care, for this was the worldview inside the Clinton camp. Progress was a thing achieved not in grand, sweeping gestures but rather by relentless, often unrecognized toil, not unlike their own here, now… 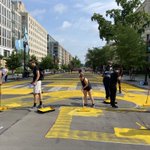