You are here: Home / Politics / Politicans / Bernie Sanders 2016 / The inanity, it burns

Tad Devine says Clinton’s lead is almost entirely from states in which Sanders did not compete: “She has emerged as a weak front runner.”

This actually makes some sense if we are to assume that the Sanders campaign is fundamentally a message and viewpoint campaign. Those campaigns are a valued part of the American political process and most cycles will have a couple of single issue candidates run in order to air their ideas to a much wider audience and hopefully get their party’s front-runners to bend their positions more closely to the single issue priority. If we analyze the Sander’s campaign in this fashion, then the statement makes a lot of sense and the Sanders’ campaign has been successful.

Maximizing a message opportunity is a very different objective than maximizing the probability of winning sufficient delegates to be nominated.  Hillary Clinton is running on a delegate optimization mode as she is running to actually be nominated.  That was her theory of her campaign in the spring of 2015 (and spring of 2007).  She needs to campaign everywhere to get delegates, while Sanders needs to stay plausible enough to get a microphone so spending resources and losing minimizes the microphone opportunity.  Two very different beasts being run with very different optimization functions.

But saying this outloud while still proclaiming that Sanders is running an actual campaign to get the nomination is stupid.

And now the other piece of stupid from reactionary anti-health policy “wonk” Michael Cannon:

There is no sense in marking the ACA’s anniversary, however, because the ACA is no longer the law.

Realizing the law he signed was unconstitutional and unworkable, President Obama and the Supreme Court have since made a series of dramatic revisions that effectively replaced the ACA with something we now call “Obamacare.”

Unconstitutional does not mean what Mr. Cannon thinks it means.

Unconstitutional means what five justices on the Supreme Court thinks that means. So far, there have been at least five justices who have said that PPACA is fundamentally allowed under our governing constraints.   Constitutionality does not in and of itself imply that an act is wise, good, desirable or prudent.  In this case, I think those descriptors are fair descriptors of the ACA, but those can be up for debate.

Constitutionality is not at this point.

Previous Post: « I Definitely Got The Rosebushes
Next Post: Sort of Maybe a Bit Like Friday Recipe Exchange on Monday: Do NOT Try This at Home Edition!!!!! »

In 2010, I had good union health insurance. Obamacare was the law of the land. In November that yr my 1yo son was struck by a careless driver in a crosswalk. After two surgeries and a night in intensive care, he died. 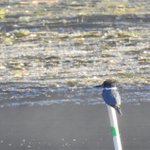