You are here: Home / Politics / Politicans / David Brooks Giving A Seminar At The Aspen Institute / BoBo Redux: Who You Gonna Believe

…Bobo, or what the candidates very clearly say they are going to do.

Which is to say: not to disagree w. DougJ, but the signature line in David Brooks latest grotesquerie isn’t the closer. It’s this:

At this stage it’s probably not sensible to get too worked up about the details of any candidate’s plans. They are all wildly unaffordable.  What matters is how a candidate signals priorities.

Umm. David.  We remember George Bush’s plans.  They signaled his priorities just fine…and he proceeded as promised to turn a robust budget surplus into the biggest upwards income redistribution in memory, along with deficits from here to Atlantis.

I had thought to fisk the whole damn column, which is full of low-hanging fruit.  But really why bother?  It’s all there in that don’t “get too worked up” by what alledged “wonks” actually say about the policies they wonkishly espouse.  Because it’s not like they mean it.

And once again we see:  David Brooks is a terrible public figure not because of his politics but because of his character, his willingness to be a loyal apparatchik transcribing whatever counts as pravda in that universe in which Republicans are the natural party of power. Or to put it another way: he both is and broadcasts a stupid person’s idea of what a smart conservative sounds like.

PS:  Krugthulu agrees.  What I like best about this is the absence of even a shred of collegial courtesy.

Which is as it should be.  If you’re going to opine in public, then it’s your job to do so by saying what you really think.

Image:  Pieter Breughel the Elder, Dutch Proverbs — The Topsy Turvy World. 1559.  I highly recommend checking out the image at the link.  The notes embedded in the picture explain it’s relevance here.  See, e.g. the roses before swine above. 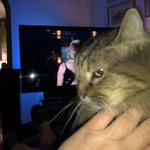