Long overdue, the Mayor of Baltimore has lifted the curfew. Of everything that has gone down in Baltimore, that is what I find to be the most amazing- that a major American city was essentially put under martial law for no reason. The crowds were large, but the violence was negligible- some property damage, but that is why we have insurance. Given what he people of Baltimore have gone through, I thought the “rioting” was extremely restrained.

But this is the worst part of this crap:

This was the curfew equivalent of a teen being sent to his room every night, and then the parents enforced the grounding with the violent and unruly older brother whose beatings caused the whole outburst given the privilege of enforcing the punishment, allowing them to provoke and beat the younger grounded sibling with no repercussions. This isn’t governance. This is the Lord of the Flies, 2015 racist edition.

All of this went on, and the American public, by and large, didn’t give a shit. There’s more outrage in the public about Texas wingnuts asserting that the Federal government is going to invade… itself. So, yeah. You wonder why the security state rules? Because we let them. 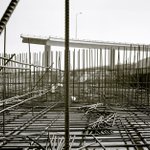