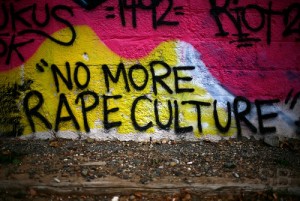 A new study shows that women aren’t lying about rape as often as prevailing rape culture tells us they are — at least not in the UK they aren’t.

Back in 2010, the head of the Crown Prosecution Service, Keir Starmar took it upon himself to do something about the abymsal prosecution and handling of rape cases in the UK. In a December 2010 article published in The Guardian entitled “Rape: Justice Will Be Done,” Starmar outlined the ways in which he planned to make the UK a safer place for women and girls:

So what are we going to do? As prosecutors we need to reinforce the so-called ‘merits-based approach to rape cases. They should be judged entirely on the merits of the evidence: myths and stereotypes have no place in a criminal justice system underpinned by basic human rights. We can and should challenge them wherever we encounter them, whether that is during an investigation, among our fellow professionals or in court.

Over the past few years, Starmar has worked with CPS to improve the way CPS handles and investigates sexual offenses, to great results. The conviction rate rose to 73 percent from 60 percent over a 6 year period, and CPS has worked closely with police and rape/domestic violence specialists to ensure that what he calls “ingrained practices” don’t further victimize women and girls.

Under Starmar’s stewardship, the CPS has also worked to train prosecutors on how to properly handle retraction cases (cases where a woman retracts a rape allegation, thus opening herself up to liability for “perverting the course of justice or wasting police time”). Starmar’s stated goal for the CPS and the criminal justice community writ large has been to dispel the prevailing “misplaced belief” that women lie about rape.

The results of the report, published on March 13, may surprise you: .6 percent is the magic number.

Only .6 percent of rape allegations are false.

Furthermore, the report shows that a significant number of these cases involved young, often vulnerable people. About half of the cases involved people aged 21 years old and under, and some involved people with mental health difficulties. In some cases, the person alleged to have made the false report had undoubtedly been the victim of some kind of offence, even if not the one that he or she had reported.

The report provides some insights about how to better serve women and girls in the UK, and discusses the need for a national debate about the best approach for investigating and prosecuting these crimes:

This review has highlighted the complex nature of these cases. Prosecutors need to look critically at the behaviour and credibility of all those involved, not just the person making the complaint. In addition, the events of the last year have demonstrated that there is an urgent need for an informed national debate about the proper approach to the investigation and prosecution of sexual offences. That debate needs to extend well beyond the CPS and the police.

As you sit on Twitter discussing the Steubenville guilty verdict (and as you watch in horror as CNN anchors grieve for the rapists while showing no concern whatsoever for the victim) think about Keir Starmar and the CPS’s efforts to make the UK a safer place for women and girls.

Think about what we could do in this country so that Steubenville verdicts become more commonplace.

Think about how nice it would have been to wake up this morning confident that the Steubenville rapists would be convicted, instead of thinking (as I did) “Pfft. They’ll get off. They always do.”

Think about what we can do and what law enforcement can do so that “but she was drunk and she’s a liar” becomes a less commonplace defense for rapists that violate a young girl like Jane Doe, who didn’t even know she was assaulted until she found out via text message the following day.

Think about all the young women who might be encouraged to speak out if they felt they could do so without being slut-shamed and victim-blamed.

Read the Crown Prosecution Service report. Look to the Brits.

Rape culture tells us that women lie. But as the CPS report shows, we almost always don’t.

.6 percent. That’s almost nothing. Even if that percentage were doubled, tripled, or even quadrupled to account for the fact that maybe American women lie a whole helluva lot more than British women, the end result would still be less than 2.5 percent.

And that still is almost nothing.

UPDATE: I am terrible at math. It’s less than 2.5 percent if quadrupled (I originally wrote “the end result would still be less than one percent” because math and I aren’t friends). But that’s still a very small percentage. And I feel it necessary to point out that I agree with the CPS report:

At the outset it is important that we acknowledge the very damaging impact that a false allegation of rape or sexual assault – be it either malicious or misguided – can have on the person falsely accused. Reputations can be ruined and lives can be devastated as a result. Such cases will be dealt with robustly and those falsely accused should feel confident that the CPS will prosecute these cases wherever there is sufficient evidence and it is in the public interest to do so.