You are here: Home / Gun Issues / Gun nuts / Another One: Indiana Police Arrest Man Who Threatened to Shoot Up School And Murder Wife 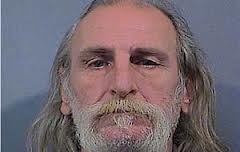 The AP is reporting that a man in Indiana has just been arrested for threatening to shoot up a local elementary school. Police were called to his house after the man allegedly threatened to set his wife on fire and then go to the nearby elementary school and kill as many people as he could before police could stop him. Police found 47 guns and $100,000 worth of ammunition in his possession.

CEDAR LAKE, Ind. (AP) — A northern Indiana man who allegedly threatened to “kill as many people as he could” at an elementary school near his home was arrested by officers who later found 47 guns and ammunition hidden throughout his home.

Von. I. Meyer, 60, of Cedar Lake, was arrested Saturday after prosecutors filed formal charges of felony intimidation, domestic battery and resisting law enforcement against him. He was being held Sunday without bond at the Lake County Jail, pending an initial hearing on the charges, police said in a statement.

Cedar Lake Police officers were called to Meyer’s home early Friday after he allegedly threatened to set his wife on fire once she fell asleep, the statement said.

Meyer also threatened to enter nearby Jane Ball Elementary School “and kill as many people as he could before police could stop him,” the statement said. Meyer’s home is less than 1,000 feet from the school and linked to it by trails and paths through a wooded area, police said.

Officers searched the home, finding 47 guns and ammunition worth more than $100,000 hidden throughout the home. Many of the weapons were collector’s guns.

Yesterday, 50 rounds of ammo were fired in the parking lot of Fashion Island mall in Newport Beach. No one was hurt.
Oh, and a three year-old in Oklahoma is dead after accidentally shooting himself in the head yesterday.

And, right now, the St. Rose of Lima Church in Newtown, Connecticut has been evacuated and is surrounded by police, following what may be a bomb threat. (h/t vtr)

I don’t even know what to say. I got nothin’.