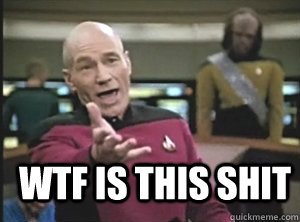 I don’t even know what to say to this.

The female vote may be driven by… the menstrual cycle. #cnn #election2012 on.cnn.com/RDk0D3

The researchers found that during the fertile time of the month, when levels of the hormone estrogen are high, single women appeared more likely to vote for Obama and committed women appeared more likely to vote for Romney, by a margin of at least 20%, Durante said. This seems to be the driver behind the researchers’ overall observation that single women were inclined toward Obama and committed women leaned toward Romney.

Here’s how Durante explains this: When women are ovulating, they “feel sexier,” and therefore lean more toward liberal attitudes on abortion and marriage equality. Married women have the same hormones firing, but tend to take the opposite viewpoint on these issues, she says.

“I think they’re overcompensating for the increase of the hormones motivating them to have sex with other men,” she said. It’s a way of convincing themselves that they’re not the type to give in to such sexual urges, she said.

So if you see a slut in a short skirt voting for Obama on November 6, ask her if she’s married, offer her a tampon, and then tell her she really meant to vote for Romney but she just doesn’t know it because her hormones are fucking up her mind-head.

As a side note, my favorite bit of this article is this:

Please continue reading with caution. Although the study will be published in the peer-reviewed journal Psychological Science, several political scientists who read the study have expressed skepticism about its conclusions.

UPDATE: CNN took the post down, probably because bitches be hormonal.