You are here: Home / Why Marc Leder and the Sex Parties Business Could Be Kind of A Big Deal 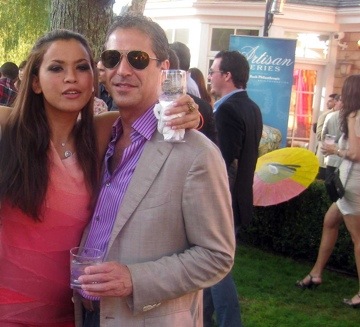 I know summayall are tired of reading about this Romney video (Cole covered it here, and DougJ hit the subject here), but if you’ll indulge me, here are my thoughts on why it matters — or might matter.

In my view, the fact that Mitt Romney thinks that Obama supporters are government dependent freeloaders may not hurt him that much with the right. Folks on the right, even those who are on public assistance, don’t see themselves as the quintessential government teat sucker.  Only those people (or Ann Romney’s “you people”) use government assistance.

And if a Romney supporter did once have to use public assistance, it was because he or she was going through a rough patch. Not like those people with their Cadillacs and their Xboxes and their blackity blackness.

But attending a fundraiser held by a private equity guy — Marc Leder — who is known for throwing sex parties in the Hamptons? A guy who hold throws week-long parties in St. Bart?

And let’s not forget that last month, Mitt Romney held a campaign event at a convicted cocaine trafficker’s juice shop in Miami. Errrybody knows that a proper sex party requires a mountain of cocaine.

Oh, and he also held a campaign meeting at a strip club back in June.


[via Mother Jones; image via Gus at Little Green Footballs]