You are here: Home / Past Elections / Election 2012 / Obama Campaign Mocks the Imminent Unveiling of the Next Version of Mitt Romney in ‘The Do-Over’ 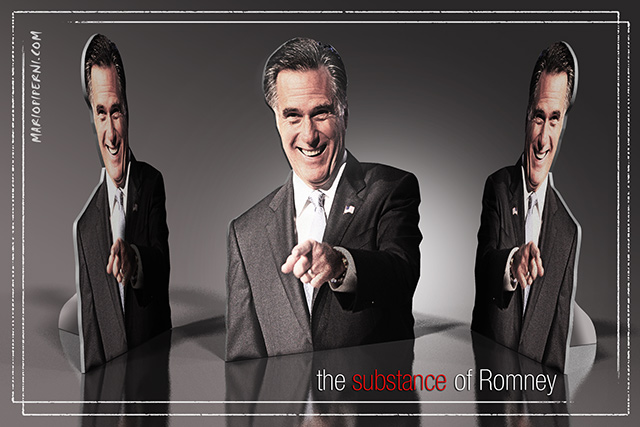 Romney is having a rough go of it lately. He can’t seem to get any love from anyone (certainly not from black people, as last week’s NBC poll demonstrated — Zero Percent? Ouch!)

As Romney continues to avoid questions about his tax returns (because the amount he paid in taxes is between him and Jesus, or whatever) and otherwise troll the shit out of America, as Ann gets increasingly snide with every interview she does, and as Romney’s race-baiting reaches critical levels (Romney’s white! And Obama’s black! Didja hear?), the Romney campaign is fired up about the Republican National Convention that begins this week. His people think the convention is going to be Romney’s moment to shine and they have been diligently preparing.

Mitt-3PO’s humor software was installed last week; although considering his “jokes” about Obama being “a dusky Kenyan”** are racist as all get-out and entirely not funny to black people (and, indeed, all other people that aren’t racist assholes), one can only hope that his handlers will work out the software bugs in advance of the convention. The last thing the Romney campaign needs is for Romney to wrap up his nomination acceptance speech with “Negroes and wetbacks, amirite?!” — and considering that Romney and the GOP seem all too happy to take the giant leap towards the Ni-CLANG! Event Horizon, his handlers shouldn’t trust him to make any jokes at all. (In fact, disable his humor chip entirely — it’s too risky.)

Also, Romney’s emotion receptor chip is rumored to finally be working, and his “I’m one of you” matrix is operational. (Hell, Romney even tested out his new ability to “relate” to ordinary Americans by making buttermilk pancakes with his wife and Fox News Sunday‘s Chris Wallace this morning, which he quite obviously had never done before because people with dancing horses and car elevators don’t make their own goddamn pancakes.)

Click to read the full post. For those who can’t bear it, here’s the Obama campaign video:

Previous Post: « Getting down on it in Tampa
Next Post: Tampa: It Begins (With or Without the Wonderbread Twins) »