You are here: Home / Open Threads / Because of wow. / Politico Thinks Paul Ryan is Hot; Wonders if Paul Ryan *Likes Them* Likes Them

Overlooked, understandably, in Saturday’s analysis and news that Rep. Paul Ryan will be Mitt Romney’s vice presidential nominee was one mostly — but not entirely — unimportant aspect: Paul Ryan is kind of hot.

Upon hearing the news of Ryan’s nomination, TMZ was quick to declare Ryan “the hottest vice presidential candidate ever.”

In 2008, Ryan was included in The Hill’s 50 Most Beautiful list with the following write-up: “Let’s face it, the reform of entitlements like Social Security is an important topic for members of Congress to debate. But listening to lawmakers speak about it on the floor does not exactly cause the heart to race. Unless, that is, the speech is being delivered by the tall, handsome and fiscally conservative Rep. Paul Ryan.”

One of the suggestions offered by Google when you search for “Paul Ryan”? “Paul Ryan shirtless.”

And then there’s the “Hey Girl” meme that pits Ryan as a wonkish seducer — or the commentary about his “sexy” eyes.

Even P90X’s Tony Horton — whose workout has been a hit with Ryan — admitted how buff he considers Ryan based on their private workouts.

The hottest vice presidential candidate in history? Seriously? What, no love for this guy? 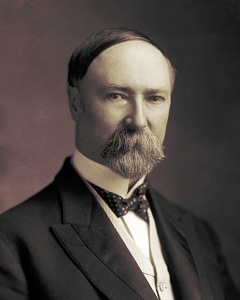 But if you’re into that sort of thing, I guess Ryan might be “hot.” Certainly Romney’s look-of-love facial expressions indicates that Paul Ryan is his one and only.