You are here: Home / Oh, for Crissake

The video report at the link isn’t objectionable, but check out the headline for a story about a rich right-wing guy’s attempt to bring Jeremiah Wright into the 2012 race: 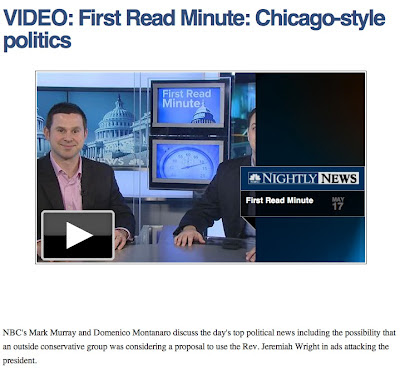 The right engages in 24/7 back-alley thuggery, then piously declares, over and over and over again, that Team Obama is the real criminal gang in politics, using precisely this term, “Chicago-style politics.” And minds at “liberal” NBC News have been so colonized that they just cough up the right-wing meme without thinking.