You are here: Home / Politics / Politicans / David Brooks Giving A Seminar At The Aspen Institute / They’re Paid to Spin

Digby flags this CNBC clip of an anchor shooting down someone making shit up: 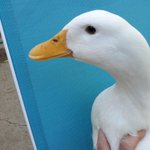