Joe Lieberman to sponsor the bill:

Democrats have sought to repeal the law since President Obama took office, but have been stymied by a busy legislative calendar.

Lieberman says the time is now right to pass a repeal.

“I will be proud to be a sponsor of the important effort to enable patriotic gay Americans to defend our national security and our founding values of freedom and opportunity,” Lieberman said. “To exclude one group of Americans from serving in the armed forces is contrary to our fundamental principles as outlined in the Declaration of Independence and weakens our defenses by denying our military the service of a large group of Americans who can help our cause.”

I know I am going to be accused of hippie punching and gay bashing, but a certain someone has been claiming for months this is how this was going to happen. Let the military get out in front and be agents of change, neutering Republican opposition, and then let the Democrat who the Republicans simply can’t attack as anti-military propose the bill. And with the public showing great support for repeal, it will pass, Ike Skelton be damned.

This wasn’t 11 dimensional chess. This was common sense, and the way to permanently repeal this crappy compromise. All of you screaming about executive orders and just words just never figured it out, and probably still haven’t. Anything other than the way they are doing this right now would lead to DADT becoming a lot like the overseas abortion ban, which is reversed almost immediately after the oath of office is administered to an incoming President. 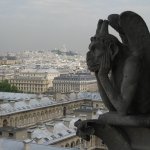