You are here: Home / The Never-ending Pursuit for Bipartisanship

This ought to make you want to bang your head off your desk:

As the Senate convened a rare Saturday session, 10 Democratic senators continued intensive talks on the public option, with the goal of agreeing on a framework that can garner 60 votes. They are considering proposals that could win the support of one Republican, Sen. Olympia Snowe on Maine.

You know, as much as our national political chattering classes are enamored with the baby Jesus, I find it amazing that none of them ever managed to hear the story of King Solomon. For the life of me, I don’t understand the workings of a mind that says “That is a terrible idea, but if we do it halfway, it becomes better!” As Tim has noted before, a weak public option is worse than no public option at all, and a carelessly constructed public option will just become a dumping ground for high-risk patients that will require billions upon billions of taxpayer dollars to prop up. A couple years ago I said that I thought health care reform was inevitable, the only question would be how bad we would make it and how quickly we would bankrupt ourselves with it. I thought at the time I was being too cynical, but the moderates in both parties are proving me wrong.

As such, we now charge forward in the spirit of bipartisanship, with every Senator apparently eager to rush home to show off their half of the bloody baby. At least Ben Nelson will be able to suckle at the insurance company teat for the next ten years or so of his life. A real patriot, that guy. 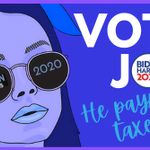 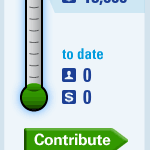 Balloon Juice | Under-26s as a popular but counter-productive kludge

I know it's not popular, but it is a hill I will die on — "kids" staying on their parent's insurance until they are 26 is likely one of the more reg...