Again, for those of you who have never worked with stats, I am not sure you can appreciate how good Nate Silver and company were at predicting the outcome of the election. They were this good:

Our model projects that Obama will win all states won by John Kerry in 2004, in addition to Iowa, New Mexico, Colorado, Ohio, Virginia, Nevada, Florida and North Carolina, while narrowly losing Missouri and Indiana. These states total 353 electoral votes. Our official projection, which looks at these outcomes probabilistically — for instance, assigns North Carolina’s 15 electoral votes to Obama 59 percent of the time — comes up with an incrementally more conservative projection of 348.6 electoral votes.

We also project Obama to win the popular vote by 6.1 points; his lead is slightly larger than that in the polls now, but our model accounts for the fact that candidates with large leads in the polls typically underperform their numbers by a small margin on Election Day.

This uncanny accuracy is the equivalent of dropping a penny from the top of a 50 story building and landing it in a shot glass. And not one of those double-shot sized ones, either.

This is sick accurate. 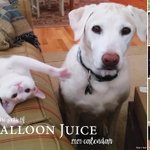