You are here: Home / Foreign Affairs / War / Maliki Leads With His Knights; Are We The Pawns?

Three more insightful posts on what is happening in Iraq.

Perhaps the most useful approach is to compare the narratives of the parties involved. Maliki says this is a clampdown on illegal militias involved in “oil smuggling”. ISCI also highlights oil smuggling and expresses support for “the state”. The British and the Americans seem to agree with this (even if it is truly risky to engage in this sort of thing on the eve of the Petraeus/Crocker hearings next month). The Sadrists complain about highhandedness by a government allied to “the occupation”. This could all suggest that Maliki and ISCI – fundamental ideological tensions notwithstanding – have temporarily agreed to disagree about the question of federalism and instead resolved that the Sadrists are their common enemy. But until Fadila speaks, we will not know the true significance of the second battle of Basra, what the implications are for the local balance of power, and what this in turn means in terms of the impact on the federalism issue and the question of Iranian influence.

What better way not only to wreck the Sadrist’s plans to reduce Maliki’s SIIC allies to a minority power in the regional elections but also to drive a massive wedge between Sadr and Petreaus? The latter had been careful, of late, to refer to Sadr by the honorific “Seyed” and to credit his ceasefire with a large chunk of reductions in Iraqi violence. Maliki must have felt Mookie breathing down his neck from two directions.

[…] As long as Maliki has the US to back him up, and power is more important to him than stability, this is a big gamble he cannot afford not to make. Sure, if he succeeds he gets a Sadrist insurrection. But that just means he can – delay the November elections in Sadrist areas indefinitely, citing the emergency and so prop up his SIIC allies and thus his own rule; count on US troops being around for a while as they won’t be able to withdraw if there’s more violence, rather than less, in coming months; put paid once and for all to any chance of reproachment between the US military and Sadr. On the minus side, there’s a slim chance the Mahdi Army might mount a Hezboullah-style upset and a rather larger chance that the cat-herder, Sistani, might join with Iraqi parliamentarians who are already saying Maliki should heed Sadr’s call for a negotiated settlement. If Sistani backs Sadr on this, Maliki is toast and so is his government, with Sadr garnering enough backing to become de-facto Iraqi leader almost overnight. But if he did nothing, that’s going to happen anyway come November. Maliki doesn’t have a choice if he wants to retain power.

Let us assume that this is a deliberate provocation exercise.

In this scenario the Iraqi Army attack into Basra’s Mahdi neighborhoods does not go well, but it provokes a national Sadrist response which starts a strategic countdown clock.

[…] It puts MNF-I in a very tough position as MNF-I is justifiably paranoid about its supply lines and the new routes coming in from Jordan to Anbar and terminating near Baghdad are insufficient to adequately supply the entire force. The supply lines are much harder to hit today than they were in 2004 but they are still the weak point of the American presence. […] And that something could be the deployment of American combat troops to Basra, as reports indicate that Marines may be sent to Southern Iraq. The British could provide logistic base security as the Marines bail out the Iraqi Army and take over patrolling activities in Basra. And unless the live and let live arrangment that minimized conflict in Sadr City is quickly put into place, the Marines and the Sadrists will be knocking each others heads in.

A priori I would have guessed that Maliki’s troops are the little dog in a fight against Sadr’s militias on Sadrist turf, and reports seem to be bearing that out. When does a little dog pick a fight he can’t win? I’m not exactly Cesar Milan, but saturday morning cartoons tell me that little dogs usually pick fights when a big dog friend isn’t too far off.

I don’t think that Maliki ever planned to fight Sadr on his own. Through Petraeus we’ve been doing everything in our power to smooth relations with Sadr, but that won’t do for Maliki if Sadr creams him in the upcoming elections. Doing nothing isn’t an option, fighting Sadr directly isn’t an option, so his best and maybe only chance is to commit the big dog and hope the big dog wins.

The problem is that the big dog only has so much bite left in him. The dirty secret of Iraq planning is that the commitment was unsustainable even before Petraeus. Now, after the “Surge,” the reckoning will only come that much sooner. Our own strategy hinged on wrapping up the whole bundle by now – reconciliation, stability, a self-sufficient central government – because there is simply no way for us to sustain a real fight after the “surge” winds down.

We could avoid the worst if Maliki accepts a negotiated peace settlement, but you can guess what would be the first point in that settlement. Unsurprisingly Maliki prefers to go all or nothing.

Mr Maliki, however, has remained firm, apparently ignoring calls by the Sadrists’ leader for a negotiated end to the conflict. “We will continue until the end. No retreat, no talks, no negotiations,” he said in a televised speech.

It’s pointless to talk about American strategy at this point because “we” are not making strategy anymore. Nouri al-Maliki is doing that, and the “strategy” is to pitch America’s exhausted, overstetched army into an existential fight with the Sadrists. As far as American resources are concerned the Sunnis and their ‘awakening’ councils can go piss upwind. The book on the Kagan clan’s brilliant ‘surge,’ in other words, is now officially shut. 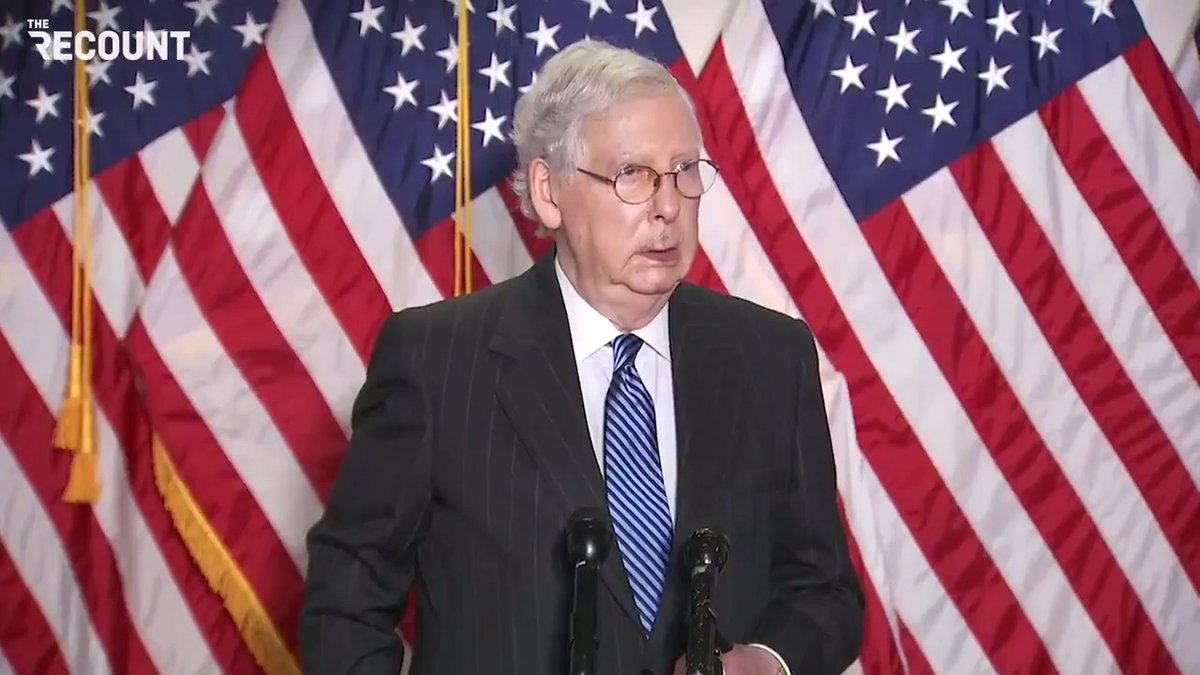 Sen. Majority Leader Mitch McConnell says his COVID relief bill does not include another round of stimulus checks for Americans.

New Post added at Balloon Juice - My Anxiety Is Through the Roof -https://www.balloon-juice.com/2020/10/20/my-anxiety-is-through-the-roof/